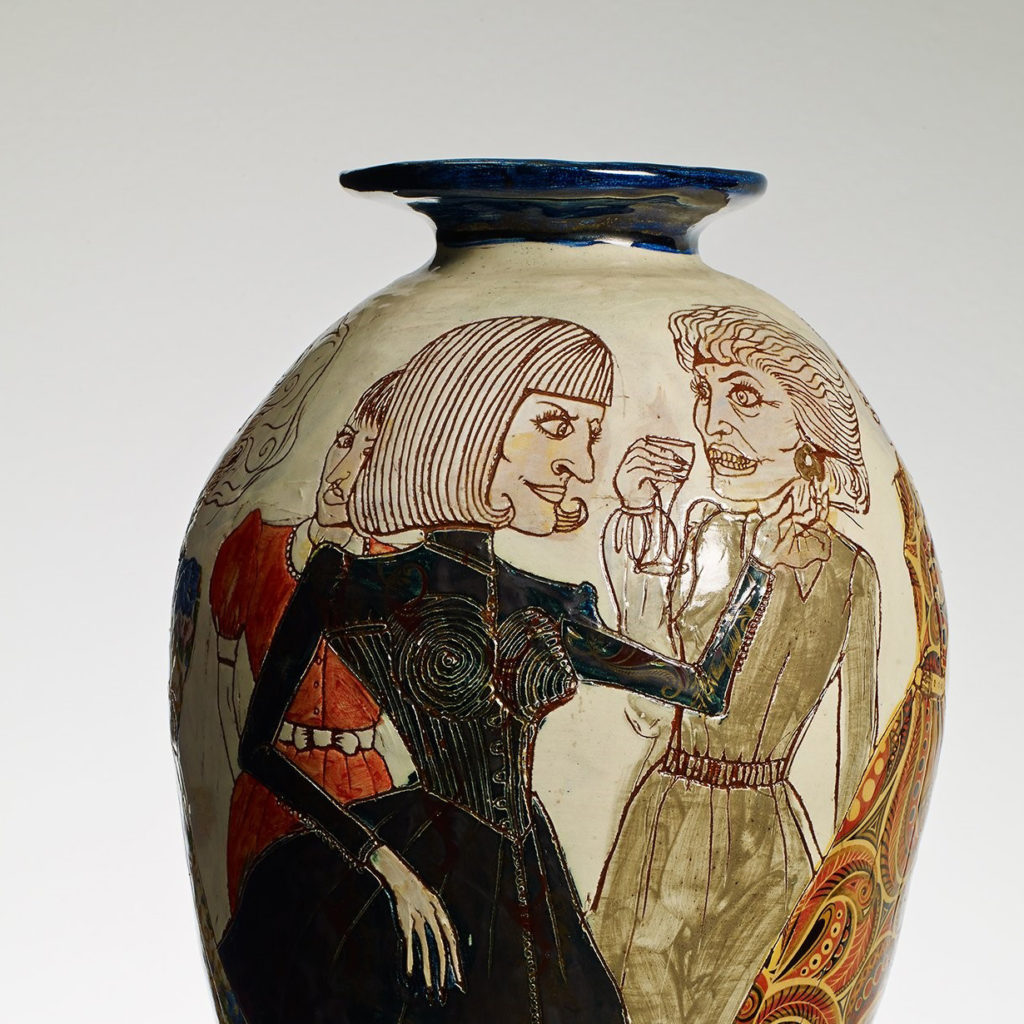 Grayson Perry: The Pre-Therapy Years
24 January to 25 May 2020
One of the most eagerly anticipated shows of the New Year will surely be Grayson Perry: The Pre-Therapy Years. Following a hugely successful public appeal in 2018 to source Perry’s early ceramic pieces – made between 1982 and the mid-1990s – this exciting exhibition brings together for the very first time a broad range of Perry’s early works, including pieces from the artist’s own collection and many works not seen publicly before. For Perry’s legions of fans, The Pre-Therapy Years will bring a new perspective to the 2003 Turner Prize-winner’s influential and inspiring outlook.

Woburn at the Holburne
The Holburne is proud to have entered into a partnership with Woburn Abbey involving the loan of rare, major works of art while the house is closed for refurbishment.

Canaletto: Painting Venice
12 June to 20 September 2020
The Woburn Abbey Canaletto paintings were commissioned by Lord John Russell (who became 4th Duke of Bedford in 1732), after he had visited Venice while on his Grand Tour in 1731. It is thought that he had met with Canaletto’s agent Joseph Smith, and requested a series of views of the city, as a souvenir of his time there. A remarkable twenty-four paintings eventually arrived in England; and within the Woburn Abbey Archives three bills to Joseph Smith, dated 1733, 1735 and 1736 have been discovered, totalling around £188 (about £16,000 today).

These paintings will leave Woburn Abbey for the first time to make a stunning display in the Holburne’s Roper Gallery. From June, the Holburne’s main exhibition space will host a presentation of the extraordinary group of Canalettos acquired by the 4th Duke of Bedford that usually hangs in the dining room at Woburn Abbey.

Thomas Lawrence 1780-1794: Coming of Age
9 October 2020 to 3 January 2021
When he arrived in Bath in 1780, the young artist Thomas Lawrence (1769-1830) was considered to be a boy genius like his Renaissance predecessors Raphael, Michelangelo and Dürer. This exhibition of work from Lawrence’s early years tells the story of an exceptional portraitist growing up at the end of the century when Britain created its own unique artistic voice. It includes some of Lawrence’s most brilliant masterpieces as well as rarely-seen works in pencil, pastel and oil.
When the Royal Academy’s 22nd annual exhibition opened at the end of April 1790, its most sensational paintings included twelve portraits by Lawrence. Visitors and critics could scarcely believe that this artist was about to celebrate his 21st birthday the following week; in fact, one reviewer published Lawrence’s birth certificate to prove that the creator of several of the exhibition’s most outstanding and original works was yet to come of age.
Coming of Age follows the future President of the Royal Academy over a period of about 15 years, from childhood to his mid-twenties. Seven of these were spent in Bath, where he learned the professional skills of a portrait painter, and seven in London when, despite his youth, he produced some of his most brilliant and memorable work.  The story begins with Lawrence’s early years as a child prodigy in the West Country and ends with his election as a full member of the Royal Academy, aged 25, in 1794.
The exhibition features more than twenty works in various media including intimate portraits of such celebrities as Georgiana, Duchess of Devonshire and Emma Hamilton, wistful self-portraits, and some of Lawrence’s rare subject pictures.

Precious and Rare: Islamic Metalwork
from The Courtauld
4 June to 6 September 2020
This significant collection is comprised of Islamic metalwork ranging in date from the 13th to the 16th centuries. It was formed by one of the great Victorian art collectors, Thomas Gambier Parry (1816-1888), to complement his acquisitions of precious medieval and early Renaissance paintings and decorative arts.
Many of the best pieces in the collection have been on permanent display in The Courtauld Gallery since their bequest in 1966. But the metalwork has rarely left London, and never has such a large group of metalwork objects been brought together to be shown outside The Courtauld.
The most spectacular piece in the collection is the Courtauld Bag, made in Mosul (present day northern Iraq) for a noble lady of the Persian-Mongol court, around 1300 -1330. It is one of the most splendid pieces of Islamic metalwork in the world, and its shape and function make it a unique object.
The exhibition is in partnership with the Specialist Subject Network for Islamic Art and Material Culture and supported by Art Fund.

The Holburne’s Director, Chris Stephens, notes: “There is so much that I am excited about in the coming year’s programme. What a roster of names: Grayson Perry, Antonio Canaletto, Thomas Lawrence; each artist did as much as any other to define the age in which they lived. At the Holburne we celebrate local creativity and bring the best of world art to the region, and this is perfectly encapsulated in the study of Thomas Lawrence’s youthful works, a Bath story, and the loan of masterpieces of mediaeval Islamic metalwork. We are proud and delighted to be working in partnership with Woburn Abbey to show their revered set of Canaletto views of Venice for the first time outside of their normal home. 2020 will definitely be a bumper year for the Holburne.”

NOTES FOR EDITORS
The Holburne Museum’s mission statement is ‘Changing Lives Through Art’, signalling its commitment to opening up the enjoyment of art to people of all ages and from every walk of life. The Holburne was founded in 1882 with the gift of Sir William Holburne’s collection of 16th and 17th century Italian and Dutch paintings, silver, sculpture, furniture, porcelain and diverse objets d’art of national and international significance. That founding gift has been augmented with a collection of 18th century paintings by such artists as Gainsborough, Lawrence, Ramsay, Stubbs and Zoffany. Set within the historic Sydney Pleasure Gardens, the Museum reopened in May 2011 after ambitious renovations and with a new, award-winning extension by Eric Parry Architects. The Holburne has since secured a national reputation as an outstanding museum which holds critically acclaimed exhibitions. Its programme of exhibitions, commissions and events sets out to bring to Bath great art of all periods and from around the world, seeking to set the art of the past in dialogue with contemporary practice in exciting and dynamic new ways.