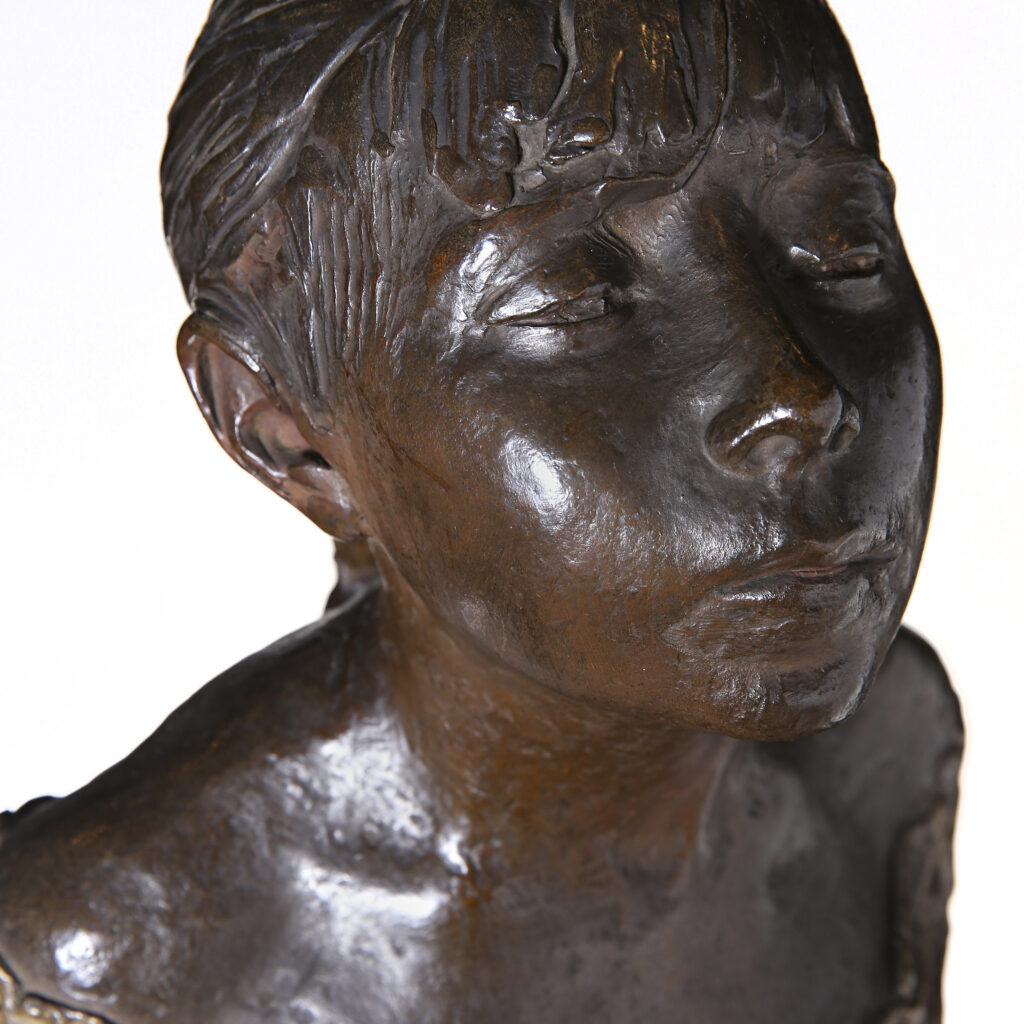 Rodin – Degas: Impressionist Sculpture demonstrates how both artists used sculpture to explore the limits and extremes of the human body. Whether in motion, stationary, or poised for imminent movement, these figures cast in bronze have a palpable sense of energy and vitality.

Although Rodin worked primarily in plaster and Degas in wax, all of the works in the exhibition are bronze, ensuring a continuity in the material to emphasise the variation in the description of the body. As visitors will see, both artists employed varying degrees of abstraction to create a sense of the figure in space and used textured surfaces to enable the play of light across the sculptures, adding to their expression of energy and dynamism. The focus on the transient body and these expressive surfaces is the closest sculpture comes to the qualities of Impressionist paintings.

The exhibition features some of the most iconic sculptures of the period including Degas’ Little Dancer Aged Fourteen (1880, Sainsbury Centre), and Dancer Looking at the Sole of her Foot (modelled 1896-1911), plus Rodin’s Iris, Messenger of the Gods (modelled c.1890-9), Age of Bronze (modelled 1875-76), and Eve (modelled 1881), all drawn from private collections. Appropriately, the fifteen pieces will be displayed in the Museum’s Picture Gallery.

Now one of the most iconic and celebrated of Impressionist sculptures, Degas’s Little Dancer Aged Fourteen caused scandal and astonishment when it was exhibited at the sixth Impressionist exhibition in 1881. Modelled on a ballet student at the Opéra called Marie van Goethem, Little Dancer challenged nineteenth-century audiences with its overt reference to the sexual exploitation that went on behind the scenes of the ballet. The controversial depiction of this modern subject was coupled with a radical and unsettling approach to materials that enabled the naturalistic presentation of the dancer; rather than employing traditional bronze or marble, Degas used wax (usually reserved for anatomical studies) which was tinted to resemble human skin, and combined it with real hair, a linen bodice, muslin tutu and a silk hair ribbon and slippers. Stood tall, with her arms and hands uncomfortably stretched behind her back, her right leg extended forward and her foot twisted at an angle, the little dancer’s pose shows the difficulty and stress of ballet training. Simultaneously reflecting a sense of pride and vulnerability, her posture pushes her body upward, raising her chin and endowing the subject with dignity. Little Dancer, Aged Fourteen was the only sculpture that Degas exhibited in his lifetime, and the best-known of his work in this medium following the production of a series of bronze casts that were commissioned by his heirs following the artist’s death.

Dance was a pivotal subject for both artists and a means to explore the full capacity of the human body. In 1912, Rodin attended the premiere of the celebrated dancer and choreographer Vaslav Nijinsky’s modern ballet L’Après-midi d’un Faune (Afternoon of a Faun). It caused a scandal among audiences and critics, who were outraged by the avant-garde choreography and its sexual references. However, a front-page newspaper review published the following morning, which Rodin had put his name to, praised the “deliberately awkward” and “jerky” movement. A few days later, Nijinsky posed for the artist and the resultant bronze sketch – Nijinsky (modelled 1912, V&A Theatre and Performance Collection.) – pays tribute to his choreographic style.

Dance also inspired Rodin’s Iris, Messenger of the Gods (modelled c. 1890-91, Private Collection), where the dynamic female form is presented here in seeming mid-flight, with her right leg raised to her right hand in evocation of a stretching acrobat or French cancan dancer.

In Greek mythology, Iris was the goddess of the rainbow and messenger of the gods, acting as a link between the world of humans and the deities of Olympus. Originally intended for a monument to the Romantic poet Victor Hugo, the initial design showed a winged figure in swooping movement, though Rodin later repositioned the figure in the vertical and in so doing, recalled Gustave Courbet’s (1819-77) The Origin of the World (1866) in which a naked woman’s legs are parted to reveal her sex.

Chris Stephens, Director of the Holburne Museum says: “I am beyond thrilled to be showing at the Holburne two of the giants of modern sculpture and some of the most important sculptures of the 19th and 20th centuries. The dynamic energy of these naked forms will be seen in telling contrast with the sedate poses of our 18th century Picture Gallery.”

The exhibition is generously supported by 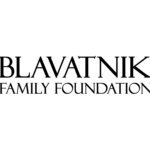 The Holburne Museum’s mission statement is ‘Changing Lives Through Art’, signalling its commitment to opening up the enjoyment of art to people of all ages and from every walk of life. The Holburne was founded in 1882 with the gift of Sir William Holburne’s collection of 16th– and 17th-century Italian and Dutch paintings, silver, sculpture, furniture, porcelain and diverse objets d’art of national and international significance. That founding gift has been augmented with a collection of 18th-century paintings by such artists as Gainsborough, Lawrence, Ramsay, Stubbs and Zoffany. Set within the historic Sydney Pleasure Gardens, the Museum reopened in May 2011 after ambitious renovations and with a new, award-winning extension by Eric Parry Architects. The Holburne has since secured a national reputation as an outstanding museum which holds critically acclaimed exhibitions. Its programme of exhibitions, commissions and events sets out to bring to Bath great art of all periods and from around the world, seeking to set the art of the past in dialogue with contemporary practice in exciting and dynamic new ways.