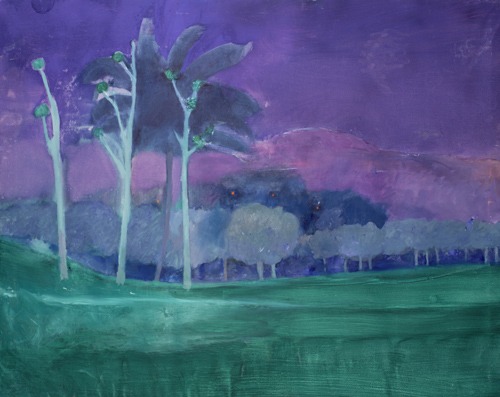 The Holburne Museum in Bath has today announced its 2018 exhibitions programme, including the first museum retrospective of the painter Anthony Fry, the first exhibition to bring together Dutch seventeenth-century paintings from National Trust collections around the country, and an exhibition focussed on Thomas Gainsborough’s theatrical portraits. As well as curating these three major new exhibitions, the Museum will organise contemporary commissions and public events throughout the year, with further details to be announced.

Dr Chris Stephens, Director of the Holburne Museum, said: ‘We look forward with great excitement to 2018. We are delighted to be working in close partnership with the National Trust on the first exhibition to bring together their Dutch masterpieces, and to be presenting shows of two significant artists with local connections and of international recognition. Bringing together great art of the past and the present, from around the world and from nearby is what the Holburne is all about.’

Anthony Fry: A Retrospective
(9 February – 7 May 2018) is the first major exhibition of the painter Anthony Fry (1927 – 2016). Though Fry enjoyed considerable commercial success in Britain and the United States this is his first museum retrospective. Comprising works lent from prestigious private collections, this exhibition will reveal the extent of his talent. Fry’s principal inspiration was his travels across Tuscany, Andalucía, India, Morocco and the Sahara Desert. He had an early introduction to art through his great aunt Marjorie Fry, sister of the art critic Roger Fry, and through her had contact with the Bloomsbury Group, and was cousin to the painter Howard Hodgkin. He sought a synthesis of the figurative tradition in which he had been trained and abstraction, most notably that of Mark Rothko.

Prized Possessions: Dutch Paintings from National Trust Houses
(25 May – 16 September 2018) will bring together Dutch seventeenth-century paintings from National Trust collections around the country for the first time, including works by masters of the ‘Golden Age’ such as Rembrandt van Rijn, Peter Lely, Gabriel Metsu, Aelbert Cuyp and Cornelis de Heem. The National Trust cares for one of the largest and most significant collections of art in the UK, commissioned and collected by country house owners for over 300 years. The exhibition will explore what made Dutch art so sought after among country house owners and how Dutch art collecting in British country houses developed over the centuries, as tastes and interests changed.

Gainsborough and the Theatre
(5 October 2018 – 20 January 2019) celebrates Thomas Gainsborough’s close involvement with the theatre world of London and Bath. It will showcase some of his finest portraits of his friends in the theatre, creating a conversation between the leading actors, managers, musicians, playwrights, designers, dancers and critics of the 1760s to 1780s. It shows how his work with the likes of David Garrick in Bath launched his career there and later in London, and how actors enabled him to explore naturalism in portraiture, just as they and their contemporaries turned to less artificial forms of performance in theatre, music and dance. Themes of celebrity and friendship will also be explored through some of the most touching likenesses by “the most faithful disciple of Nature that ever painted.”

ABOUT THE HOLBURNE MUSEUM

The Holburne’s mission statement is ‘Changing Lives Through Art’, signalling our commitment to opening up the enjoyment of art to people of all ages and from every walk of life.

The Holburne was founded in 1882 with the gift of Sir William Holburne’s collection of 16th and 17th century Italian and Dutch paintings, silver, sculpture, furniture, porcelain and diverse objets d’art of national and international significance. That founding gift has been augmented with a collection of 18th century paintings by such artists as Gainsborough, Lawrence, Ramsay, Stubbs and Zoffany.

Set within the historic Sydney Pleasure Gardens, the Museum reopened in May 2011 after ambitious renovations and with a new, award-winning extension by Eric Parry Architects. The Holburne has since secured a national reputation as an outstanding museum which holds critically acclaimed exhibitions. Its programme of exhibitions, commissions and events sets out to bring to Bath great art of all periods and from around the world, seeking to set the art of the past in dialogue with contemporary practice in exciting and dynamic new ways.

Winner of the Museums & Heritage Award for the re-display of the permanent collection.
Winner of the RIBA Building of the Year, south west.
Winner of the Civic Trust’s Michael Middleton Special Award for a restoration/extension project within a conservation area.