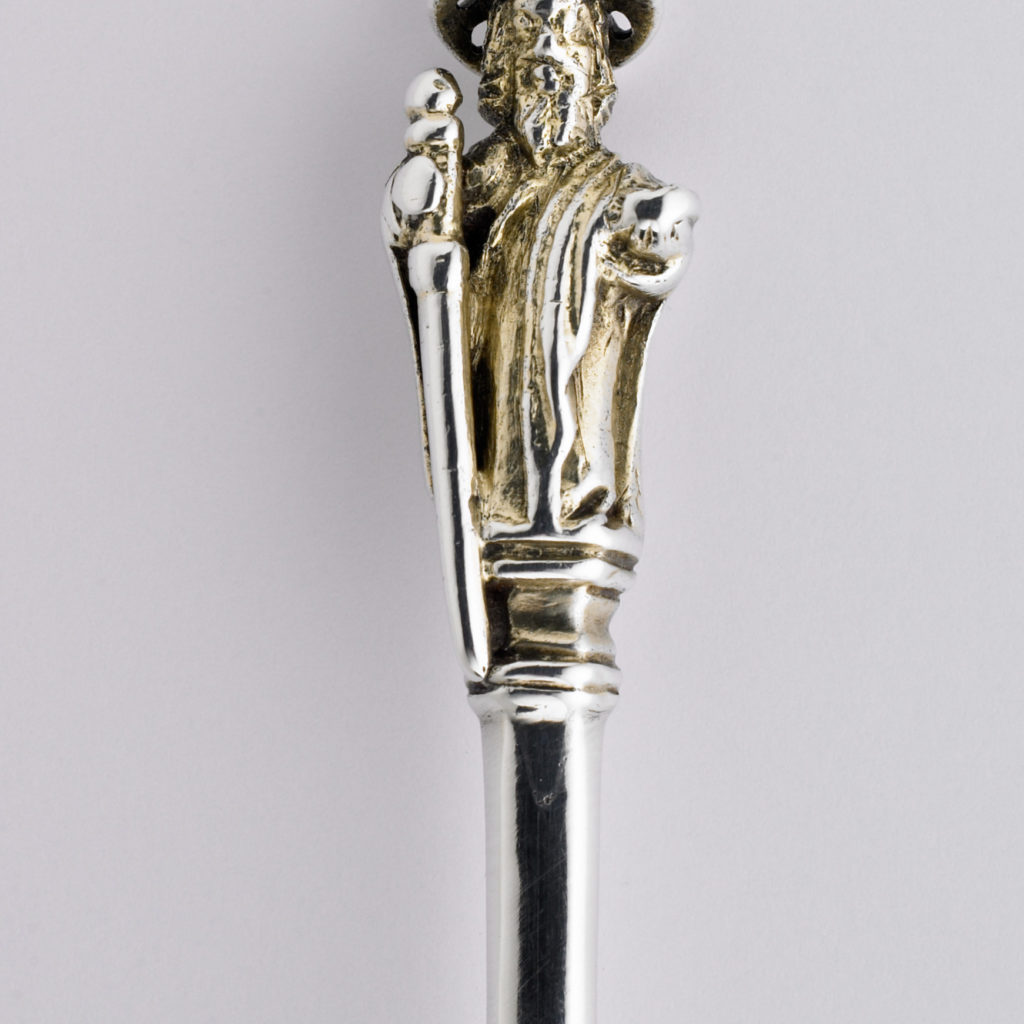 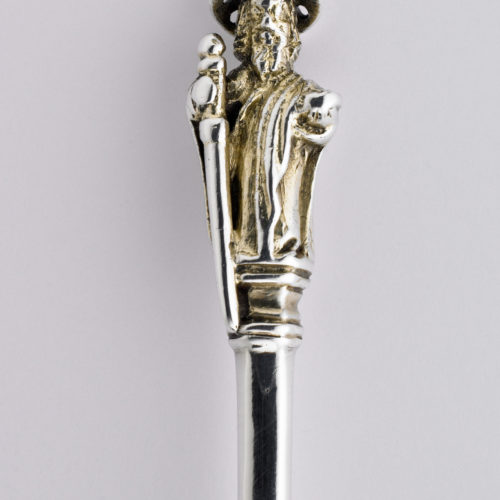 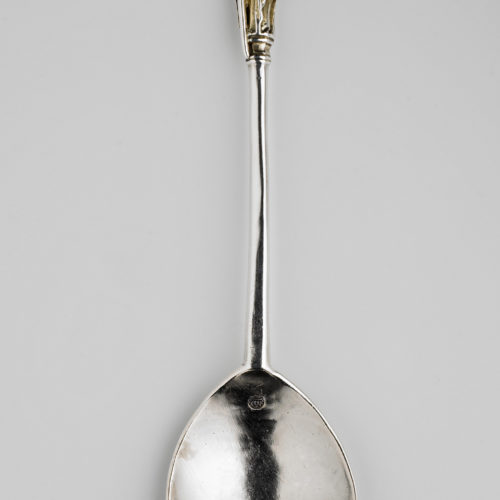 Sir William Holburne was a keen collector of silverware. Among other objects, he acquired over 120 silver spoons produced in England, Germany and the Netherlands and dated between the 16th and 17th centuries.

Matching cutlery was an innovation introduced in the 17th century. Before then, most people had their own fork and spoon and, due to their cost, treasured these items as prized possessions –particularly when they were made of expensive materials.

Apostle spoons such as this were hugely popular in England between the 15th and the 17th centuries. The earliest mention appears in a will dated 1494-95, which also attests to the importance of these items in a household. Apostle spoons were customary presents that godparents gave to a newborn child as a christening gift, be it as a single item, in pairs, or as a whole set of thirteen spoons – the twelve Apostles and Christ/Mary. The material and the number of spoons was determined by the wealth of the donor and the social standing of the family. In fact, the expression “born with a silver spoon” probably originated from this tradition.

This silver spoon was manufactured in England and is decorated with the figure of Saint James the Greater at the top of the stem. The apostle is depicted standing up – as opposed to some seated variations that can be found in apostle spoons outside of Britain – and carrying a nimbus above his head. He holds a staff and is wearing a travelling cloak and a large hat – only visible from the back –, which identify him as a pilgrim to Santiago de Compostela, in Spain, where, according to tradition, Saint James the Greater was buried. Not all the apostles were equally popular, and some recur more than others, with Saint James the Greater being one of the most frequent.

While some apostle spoons were gilded all over, it was more common to restrict the gilding only to the figure, as it is the case with this one. Figures could also be cast separately and then attached to the stem. Their popularity was such that it is believed that apostle spoons were largely cast out of moulds that were reused again and again, which contributed to the standardisation of the representation of the apostle figures.

In these days in which we are required to stay at home, why not look at the objects around you with fresh eyes? Perhaps an IKEA set of cutlery also has a story to tell? What figure or motif would you select for your spoon?

Until we are able to welcome you back we hope you enjoy our online weekly art workshop. For the week beginning 13 April our creativity is being stirred by spoons. You can find out more about our Wednesday workshops here: Creativity4Wellbeing