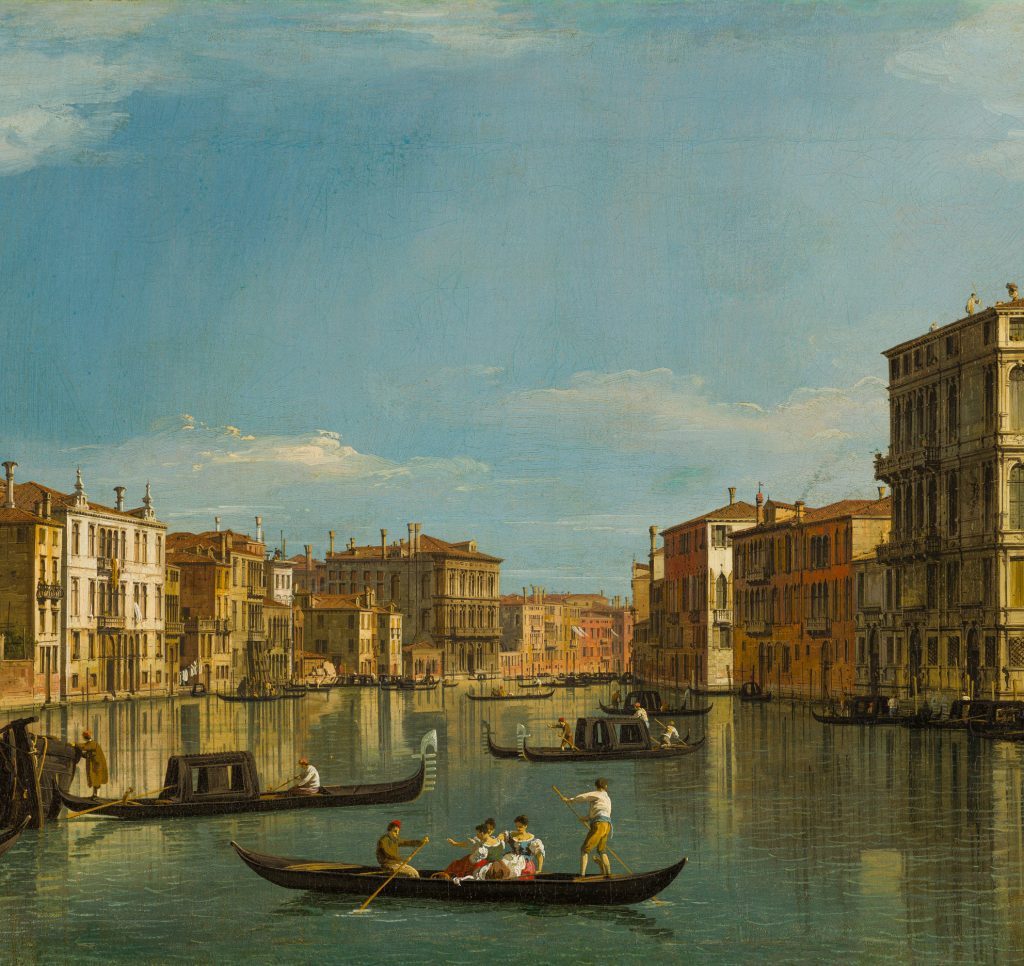 In 2021, the Holburne Museum in Bath will present the most important set of paintings of Venice by Canaletto (1697 – 1768), which will leave their home at Woburn Abbey – one of world’s most important private art collections – for the first time in more than 70 years.

This once in a lifetime exhibition will enable art lovers to enjoy and study up-close twenty-three beautiful paintings, in a fascinating exhibition that also explores Canaletto’s life and work, alongside themes of 18th-century Venice and the Grand Tour.

This is one of the rare occasions that any of the successive Dukes of Bedford and Trustees of the Bedford Estates have lent the set of paintings since they arrived in Britain from Canaletto in the 1730s.

They were commissioned by the 4th Duke of Bedford, who was evidently attracted by Canaletto’s burgeoning reputation for producing precise and atmospheric views of the Italian city’s most iconic views and landmarks. The Duke, then Lord John Russell, was in Venice on the Grand Tour in 1731, and presumably met Joseph Smith, Canaletto’s newly appointed agent, who was a Venetian resident and later British consul there. Three bills from Smith to the Duke survive in the family papers; dated 1733, 1735 and 1736, those add up to just over £188 (about £16,000 today), and must be incomplete, judging from what we know of the prices Canaletto commanded.

Created over a four-year period, when the artist was at the pinnacle of his career, the Woburn Abbey paintings are the largest set of paintings that Canaletto ever produced, and much the largest that has remained together. The Holburne exhibition provides a unique and unprecedented opportunity to see these exceptional paintings at viewing height, as they normally hang three high in the setting in the Dining Room they have occupied at Woburn since the late eighteenth century. The set features not only classic views of the Grand Canal and the Piazza S. Marco but also some of the city’s less well-known nooks and crannies, rarely captured by other artists and revealing new historical and cultural perspectives on Venice in its last decades as the “most serene Republic”.

Combining both his eye for accuracy and composition, Canaletto: Painting Venice celebrates some of La Serenissima’s most recognisable views, whilst also referring to the city’s historical importance as a trading centre, not least with the Ottoman Empire and other eastern nations.

To complement the show, the Holburne will also host Precious and Rare: Islamic Metalwork from The Courtauld, an exhibition of ten highlights from The Courtauld’s world-class collection of mediaeval Islamic metalwork. This exceptional group of objects date from the 13th to the 16th centuries and are some of the finest examples of this intricate craft from the Middle East. The most spectacular piece in the show is the Courtauld Bag, made in Mosul (present-day northern Iraq) in around 1300-1330 for a noble lady of the Persian-Mongol court. It is recognised as one of the finest pieces of Islamic inlaid metalwork in existence and the only surviving object of its kind. The display will also include two Venetian artefacts, a dish with arms of the Giustiniani or Sagredo families (c. 1530– 50) and a pair of candlesticks (early 16th century), exploring the role of Venice as a pivotal juncture between the East and West. Precious and Rare opens at the Holburne on 21 January 2021.

“Woburn Abbey is currently undergoing its biggest refurbishment since it first opened to the public in 1955. The renovations have therefore provided an ideal opportunity for The Duke and Duchess of Bedford generously to share a selection of Woburn’s greatest treasures with a wider audience, so they can be enjoyed in a different context with new narratives,” explains the Holburne’s Director, Chris Stephens.

“We are honoured that this wonderful, unrivalled set of Canaletto paintings will come to the Holburne, the perfect setting for visitors to study the paintings closely in way that has never been possible before. It is very exciting to think that they are leaving the dining room in Woburn Abbey for the first time in more than 70 years.”

One of the paintings of the set of 24 is not included in the Holburne display, but can be viewed concurrently at the Queen’s House in Greenwich.

Giovanni Antonio Canal (1697-1768), known as Canaletto, was born in Venice, the son of a theatrical scene painter. He was very influential, famed for his precisely depicted and evocative views of the city (vedute). He found that providing formulaic paintings for tourists was very lucrative. These, still highly skilled works, were produced by him often in collaboration with an organised workshop and they usually record the lavish Venetian public ceremonies. Canaletto was favoured by English collectors visiting Italy on the ‘Grand Tour,’ and he also visited England repeatedly between 1746-56. Canaletto often made meticulous preparatory drawings, and he may have used a camera obscura for topographical accuracy in creating some of his designs, but he always remained concerned with satisfying compositional design, not simply slavishly recording views.