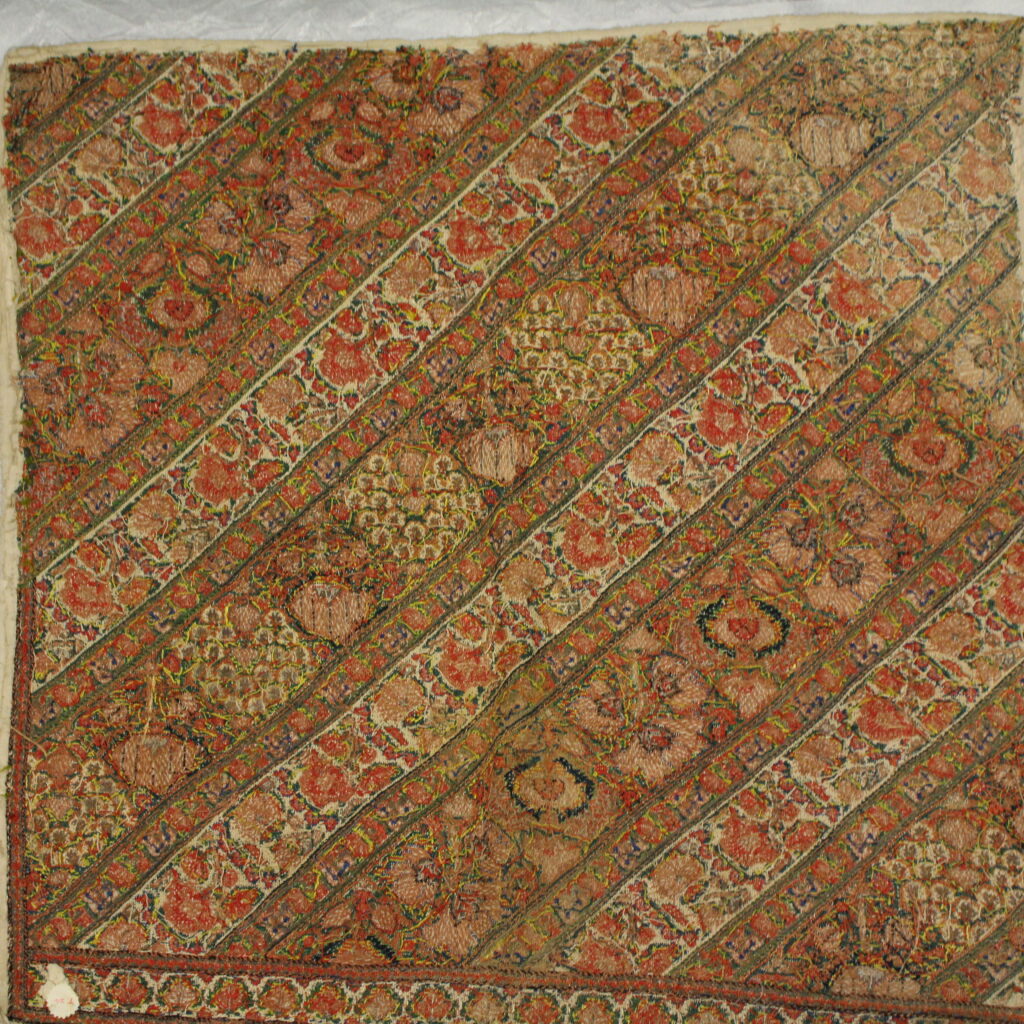 Trouser panel
Iran
Embroidery in silk and wool, 19th century
Given by Miss E.G. Tanner in 1928 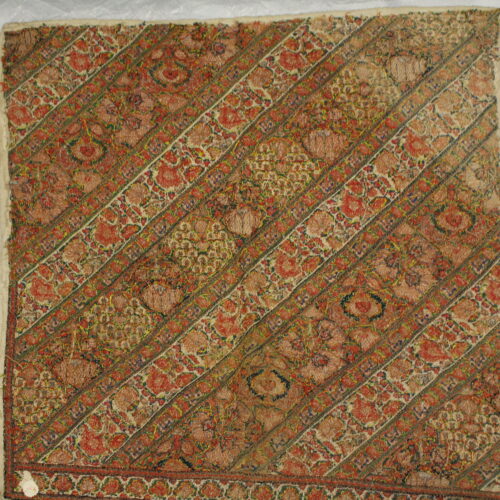 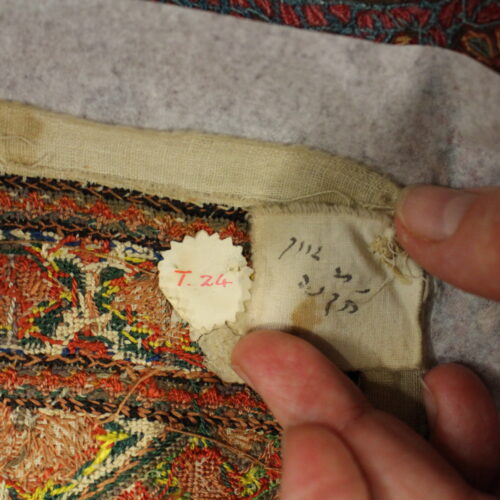 Ellen Georgiana Tanner (1874–1937) was among the first British women to travel solo to the Middle East. In 1894 she set off by steamer to Baghdad, Iraq, beginning a journey overland on horseback into Persia (now Iran) accompanied only by local guides, staying in caravanserais along the route, and exploring the bazaars of Baghdad, Shiraz, Teheran and Isfahan.

Miss Tanner collected textiles enthusiastically, and the Holburne’s collection represents a number of different regional traditions. The Persian interior was filled with luxurious textiles and cushions with intricate patternwork. Designs were often geometric and repeated, taking inspiration from nature, religious symbolism and the history of the region. In her journal Miss Tanner refers to textile production, and she was impressed by what she saw; she also mentions looking for examples of silk and wool embroidery in London and Europe, but states that all the best examples in stock had come directly from Persia.

This trouser panel is an example of Naksh (or naqšeh) embroidery, most commonly produced in Isfahan and Yazd, but also Shiraz and Kashan. Several panels of Naksh embroidery would be sewn together to make women’s trousers. These intricate designs are made by creating a framework of diagonal lines and filling in the floral motifs using tent stitch in colourful silk or cotton threads, until the entire surface is covered with embroidery. The reverse of this textile shows how bright the colours would have been when Miss Tanner purchased the panel; the colours have faded from light exposure.

Miss Tanner gave a series of gifts of Middle Eastern art to the Holburne Museum. The collection reflects the richness of secular Middle Eastern figurative and decorative art traditions. Her legacy tells a fascinating story about her life and interests, and her view of the world as a pioneering Victorian woman during an age of empire.