Illustrating the World: Woodcuts in the Age of Dürer 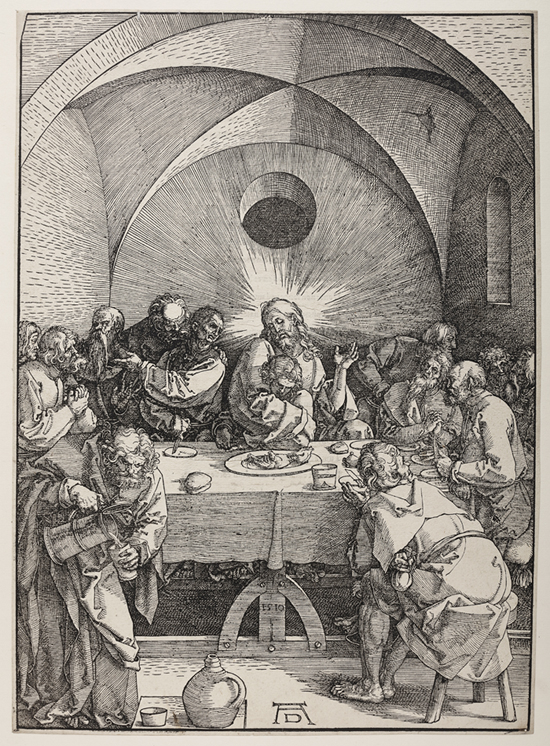 Book your tickets in advance or pay on arrival. If you’re a member there’s no need to pre-book.

This is a rare opportunity to view the complete set of woodcuts known as The Great Passion, produced by the most famed artist of the German Renaissance, Albrecht Dürer (1471-1528). During the 15th-century the woodcut technique became highly practiced throughout Europe, mainly in the form of cheap and mass-produced decorative or devotional images, made in monastic workshops or by independent craftsmen, including playing-cards makers.

With  the spread of the movable-type press in the second half of the 15th-century, woodcuts became the preferred means of illustrating books. The vast variety of texts being printed required artists to create brand new iconographies. The publication of the lavishly illustrated Nuremberg Chronicle in 1493 set a new standard for illustrated books both for its quality and production process. Publishers started hiring renowned artists to devise iconographic programs. Young Dürer was an apprentice at the Nuremberg workshop while this masterpiece was being produced, possibly contributing to it.

Just three years later, Dürer started working on his Great Passion cycle. He was the first artist in history to devise, create and publish an illustrated book, pushing the limits of a quintessentially linear art to create vividly animated scenes. With its rise in status, the woodcut was soon recognized as a powerful tool to reach a wide public, and evolved into a medium used for civic promotion, political and religious propaganda, and the sharing of ideas and information.