The Drama Llama: A Story about Soothing Anxiety with Rachel Morrisroe 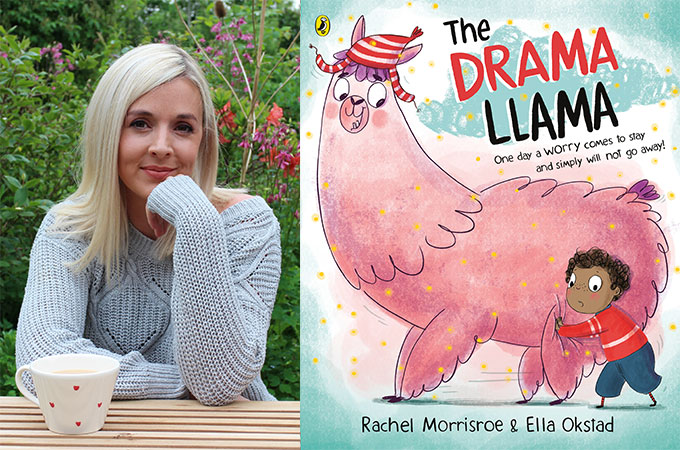 Alex, like lots of children, sometimes worried about things – like dancing badly or getting an answer wrong in class. But unlike lots of children, every time Alex worries a real-life llama appears! And the more Alex worries, the bigger Llama grows… which starts getting him into all sorts of trouble! Join Rachel Morrisroe as she introduces you to the riotous adventures of the Drama Llama. You’ll find out all kinds of tips and tricks to make llamas much less mischievous and you’ll also get the chance to draw your very own llama with a draw-along.

Rachel Morrisroe is an inventively original new voice in the world of rhyming picture books. With multiple projects under wraps, she is working with leading picture book talents, including Steven Lenton and Ella Okstad, to bring her hilarious ideas to life. Rachel is also an abstract artist and sells her work internationally. Originally from Wales, Rachel has lived in Leeds and London and is now settled in Cheshire with her husband, two young children and a very daft dachshund.