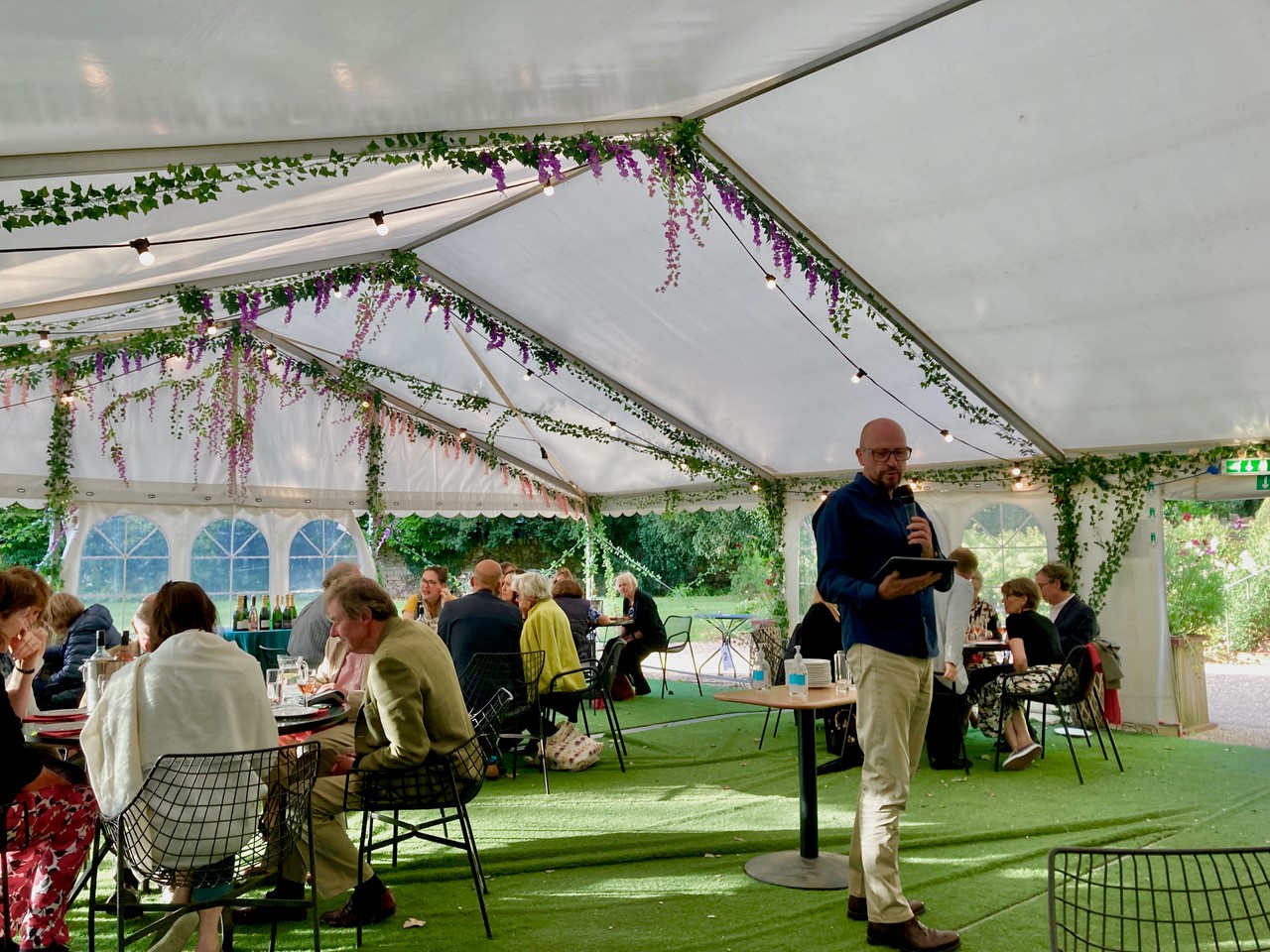 Drinks from 6.30pm, quiz and two-course supper with wine, Saturday 8 October, £32.50
All proceeds help to support the Museum

Drinks reception in the Holburne Garden Cafe from 6:30pm, the quiz will begin at 6:45 and a very tasty supper will be served from 8:15 onwards in the Clore Room. Tickets are £32.50 each to include welcome drinks, the quiz, a 2-course supper with wine

Your Quizmaster is: Howard Davies, Vice President of De Beers UK, has worked in the diamond industry since 1989.  In his early career he bought open-market rough diamonds for De Beers in Zaire, Angola and Guinea. After a spell as an account manager, selling rough diamonds wholesale in India and Belgium, these days Howard manages the global contract arrangements between De Beers and its international buyers. Away from the diamond business, Howard’s hobbies include cooking, gardening and church bell ringing. He has set quizzes for The Price of Wales, Highgate (considered London’s most cerebral pub quiz) and has competed on the BBC TV programmes Mastermind and Pointless, which he recently won. He lives in Barnet with his wife Susan, his daughter Catie and Betsy the cat.