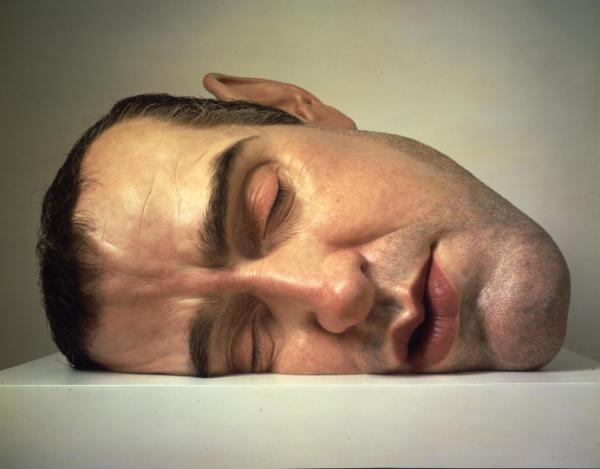 This original and inventive exhibition brings together some of the most striking sculpted portraits from the ancient world to the modern day. The first exhibition of sculpture to be held at Bath’s transformed Holburne Museum, Presence: the Art of Portrait Sculpture includes astonishing heads from Ancient Greece and Rome; eighteenth century masterpieces; works by some of the 20th century’s greatest sculptors including Degas, Giacometti and Brancusi, the waxwork of Henry Moore once at Madame Tussauds and sculptures by such major contemporary artists as Marc Quinn and Ron Mueck.

With exceptionally generous and important loans from the British Museum, the Victoria and Albert Museum, the National Portrait Gallery and Tate, as well as from regional and private collections the exhibition collects together many supreme examples of the sculptor’s art to explore the often troubling power of the sculpted portrait. The exhibition considers the ways in which sculptors have exploited this potency to make the absent present or the dead seem alive; from the mummy masks of ancient Egypt (on loan from the British Museum) to the extraordinary death mask of the painter Thomas Lawrence, cast with the sheet and pillow of his death bed (from the National Portrait Gallery collection).

The show explores questions of scale and colour through miniature portraits in wax and ivory and Ron Mueck’s characteristically mesmerising and monumental Self Portrait Mask II. Above all, it explores the sense of presence behind the portrait sculpture which gives it its power to arrest, disturb and move the viewer. Perhaps the most moving of all the works in the show is the desperately touching ceramic portrait of the small dead girl, Lydia Dwight, (1674, V&A collection) cast by her father in the white glazed stoneware technique that he had invented.

Through thought-provoking juxtaposition the exhibition explores the tensions in sculpted portraiture between realism, idealism and abstraction – a tension exemplified in the splendidly paradoxical waxwork of Henry Moore, a sculptor whose own ideas of sculpture completely rejected, ‘the second-hand life of realistic waxworks’.

Striking pairings include Brancusi’s abstracted and eyeless Danaide alongside a late Giacometti bust of his brother Diego in which his staring head seems to exemplify Giacometti’s concentration on the sitter’s gaze: if I can hold the look in the eyes everything else follows. At the heart of these pairings are three exceptional antique heads from the British Museum, including the rare and astonishingly vivid Greek bronze head, probably of a charioteer, from about 300BC and the striking head of a North African carved in green siltstone in the 1st century BC.

The exhibition explores its themes through many of the finest portrait sculptures in the country, drawing attention to the supreme achievements of eighteenth-century – bringing together, for example, the two exquisite busts of the Earl of Chesterfield by Joseph Wilton (1757, British Museum) and Roubiliac (1745, National Portrait Gallery), while also drawing attention to important contemporary artists, Don Brown, Daphne Wright, Marc Quinn and Ron Mueck, who continue to exploit the power of the sculpted portrait.

Presence: The Art of Portrait Sculpture, by Alexander Sturgis curator of the exhibition and Director of the Holburne Museum will be published by The Antique Collectors’ Club in May.
Presence (£15) 9781851496853. For more information about the book please visit www.accpublishinggroup.com or contact clara.heard@antique-acc.com

Thursday 14 June, 6.30pm
Karen Newman
Sculpture and Madame Tussauds
Tickets £7 / £5
At the age of fourteen portrait sculptor Karen Newman discovered her love for this art form. Various private commissions in her 20s, including Roger Daltrey of rock band The Who, shown at the ICA, led to an invitation by Madame Tussauds to make wax portrait figures over the next 21 years, including Henry Moore and David Hockney, rock stars and Heads of State. Newman’s recent works, mostly in bronze, can be seen in central London, including several Special Operations Executive (SOE) heroines of World War II.

Thursday 21 June, 6.30pm
Alexander Sturgis
From Mummies to Waxworks: the unnerving presence of portrait sculpture
Tickets £7 / £5
To coincide with the exhibition Presence: the Art of Portrait Sculpture, Alexander Sturgis the Museum’s Director, and author of the book that accompanies the show, explores the peculiar power of portrait sculpture. From mummies in horror films, revolutionaries attacking statues of hated dictators, to the crowds photographing themselves with their heroes at Madame Tussauds, the talk will consider the many ways in which we treat the sculpted portrait as if it were real, and consider why we do so.

Monday 9 July, 6.30pm
Howard Batho
Stone and Cloth: textile designs by the sculptor Frank Dobson
Ticket £7 / £5
Our portrait sculpture exhibition includes a stunning bronze bust by Frank Dobson (1886-1963). During the 1920s and 30s Dobson was considered to be one of Britain’s finest modern sculptors but like many artists of his generation he also designed textiles. This illustrated talk will discuss how some of his textiles relate to his sculptures and how others simply show the diversity and originality of designs created by Dobson. Howard Batho is Exhibition Officer at the Holburne

Monday 30 July, 6.30pm
David Bindman
Speaking likeness or noble gravity: Rysbrack’s and Roubiliac’s portraits
Ticket £7 / £5
Marble might seem like the least life-like material to represent a living person but it has traditionally been used to suggest qualities such as nobility, dignity or command. In 18th-century Britain the concern was to ‘capture’ the actual appearance of a sitter and even suggest characteristic movement or thought processes. This lecture explores the results of being given a choice of approach to the way in which sitters were represented.
David Bindman is Emeritus Professor of the History of Art at University College London and has held many prestigious fellowships including at Yale and Harvard.

Thursday 5 July, 7.30pm
Portraiture, sculpture and Plura: Daphne Wright in conversation
Ticket £8 / £6 / Free to members of Holburne Contemporaries
Contemporary artist Daphne Wright creates consistently thoughtful and unsettling sculptures including the poignant double portrait of her sons included in our current exhibition. In 2010 she created the mesmerising piece Plura using film of Giuseppe Plura’s sculptural masterpiece Diana and Endymion from our collection. This evening will include the opportunity to view this important work at the Museum for the first time, as well as enjoying Daphne in conversation about her work with the Museum’s Director, Alexander Sturgis.

Wednesdays 4, 11, 18 July, 6-7.30pm
Portrait Sculpture: an introduction
Ticket week 1 £10, week 2 £10, week 3 £15
Join three experts over three weeks to explore different aspects of portrait sculpture.
Week 1: Curator of Decorative Art, Matthew Winterbottom, will provide a lively introduction to the Holburne Museum’s rich collection of sculpture and their many materials followed by a handling session.
Week 2: Alexander Sturgis, Museum Director, gives an in depth tour of Presence: the Art of Portrait Sculpture. He will examine the choices made by artists in the creation of the sculpted portrait and consider portrait sculpture as a vehicle for artistic expression of the highest order from the ancient world to the modern day.
Week 3: Work with sculptor Ben Dearnley to create an intuitive portrait sculpture in clay.