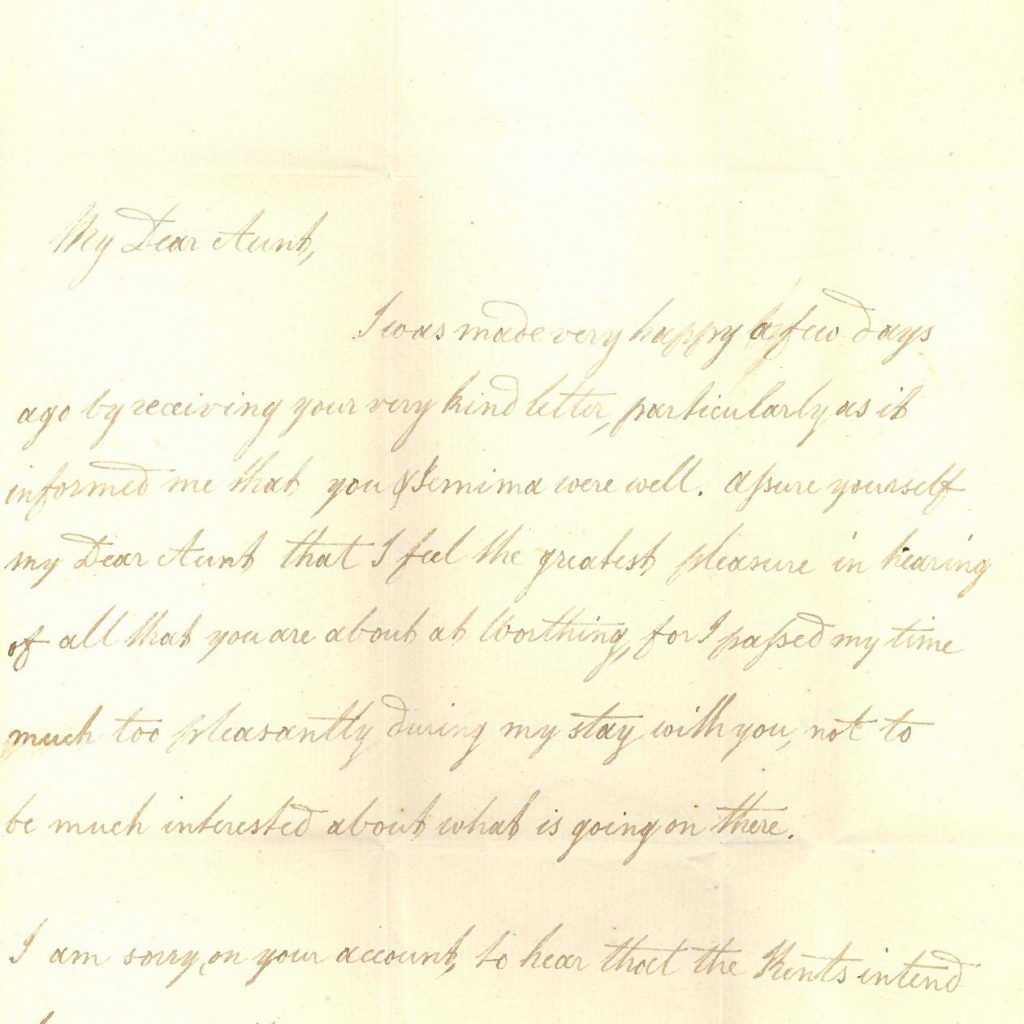 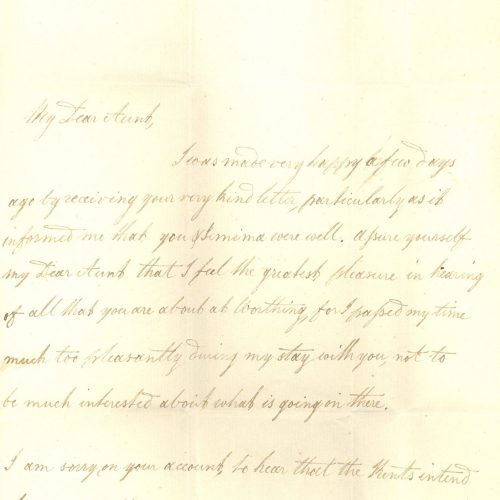 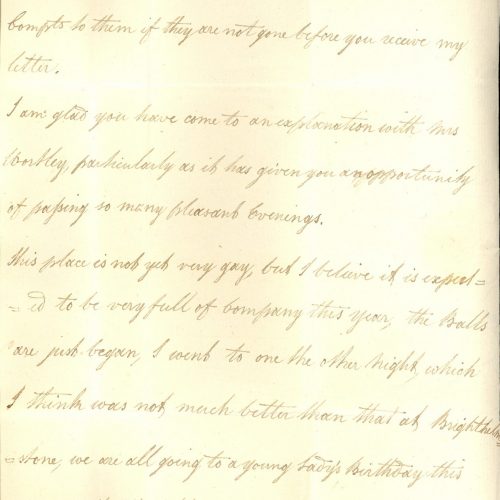 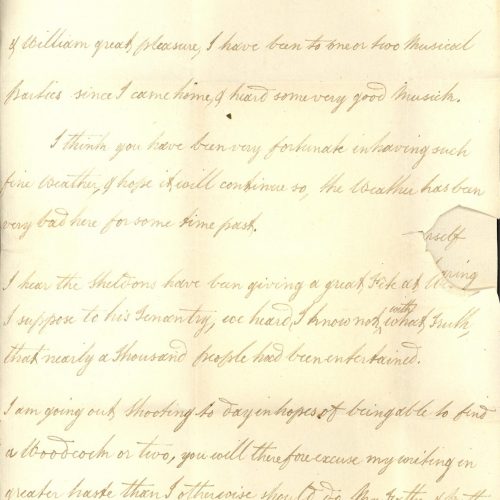 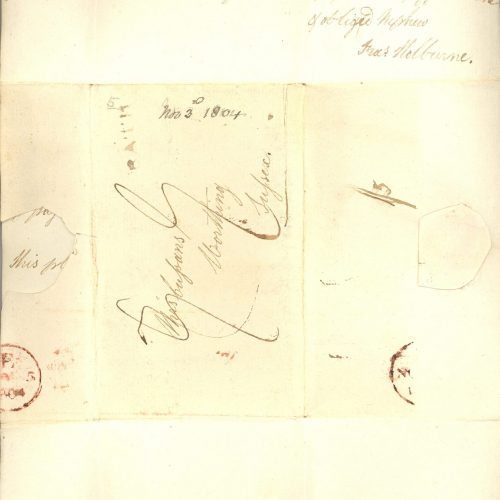 This is a letter from Sir Thomas William Holburne’s older brother Frank to their wealthy aunt Catherine Cussans, who was staying in Worthing at that time. It gives a first-hand account of the amusements available to young people during Bath’s winter season: balls, parties and shooting.

This place is not yet very gay, but I believe it is expected to be very full of Company this year, the Balls are just began, I went to one the other Night, which I think was not much better than that at Brighthelmstone, we are all going to a young Lady’s Birthday this evening, the thoughts of which seem to give my Sisters & William great pleasure, I have been to one or two Musical Parties since I came home, & heard some very good Musick … I am going out, Shooting to day in hopes of being able to find a Woodcock or two, you will therefore excuse my writing in greater haste than I otherwise should do.

Worthing and Brighton (then known as Brighthelmstone) were resorts on the Sussex coast which were rapidly coming to rival Bath as fashionable watering-places. The sisters referred to in the letter were all younger than Frank, as was William, and would have been less experienced partygoers than him, who was sixteen at the time.

Francis Ralph Thomas (“Frank”) Holburne was born in 1788, the oldest of five surviving children. The family had recently moved from Wales to Bath and were living in Lansdown Crescent. He served as Captain in the Foot Guards during the Peninsular War under Wellington and died from wounds received during a skirmish outside Bayonne in 1814.

Letter-writing was a necessary activity that took up a significant amount of time. Through letters, families stayed in touch, businesses were realised, and news travelled the land. They drew people closer despite their physical distance, connecting sender and recipient through an object that they both could touch.