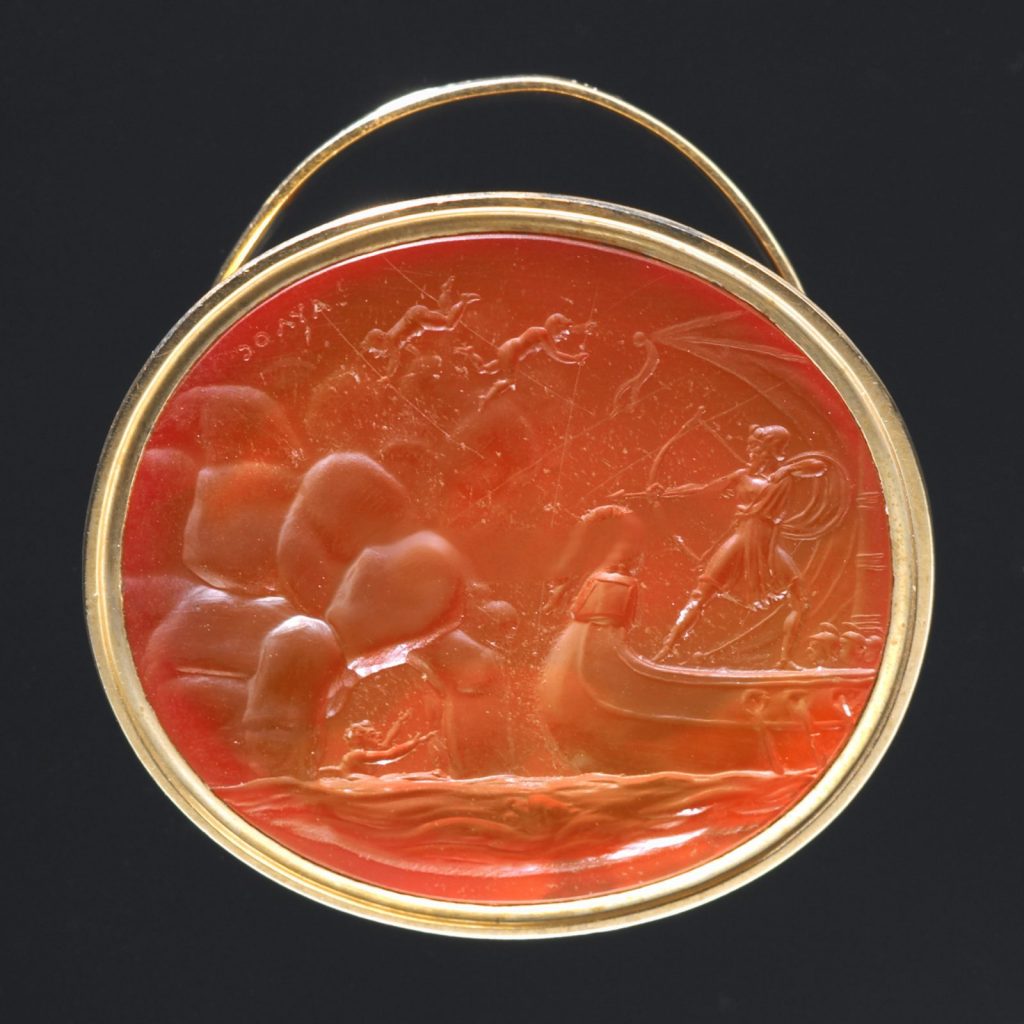 Gems and precious materials carved in relief are known as cameos and intaglios. They are the opposite of each other. A cameo is carved to create a raised ’positive’ image while an intaglio is carved into the surface to create a sunken ‘negative’ image. When used as signet rings or seals, intaglios are pressed into sealing wax to create the positive image. Intaglios are usually carved from gemstones of one colour, with orange carnelian being the most popular.

This is one of the almost 60 intaglios listed in the Catalogue of the Holburne of Menstrie Art Museum, published in 1887. The 1887 Catalogue lists this ring, together with 26 others, under the title Poniatowski Intaglie, Mounted in Gold as Rings. The Poniatowski collection was a celebrated collection of around 2,500 gems formed by Prince Stanislas Poniatowski (1754–1833). The gems were commissioned by the Prince from contemporary, mainly Roman engravers, though he encouraged the belief that the gems were genuinely ancient. Most were original creations of superb quality that were derived from ancient literary sources such as the works of Homer, Virgil and Ovid.

This gold ring depicts Ulysses fighting the sea monster Scylla. She lived under a large rock in one of the sides of a narrow strait, and opposite another dangerous creature named Charybdis. The space between the two was so reduced that sailors trying to avoid one would inevitably run into the other. The Greek word AULOS can be read on the top left-hand corner; this was probably the name of the maker.