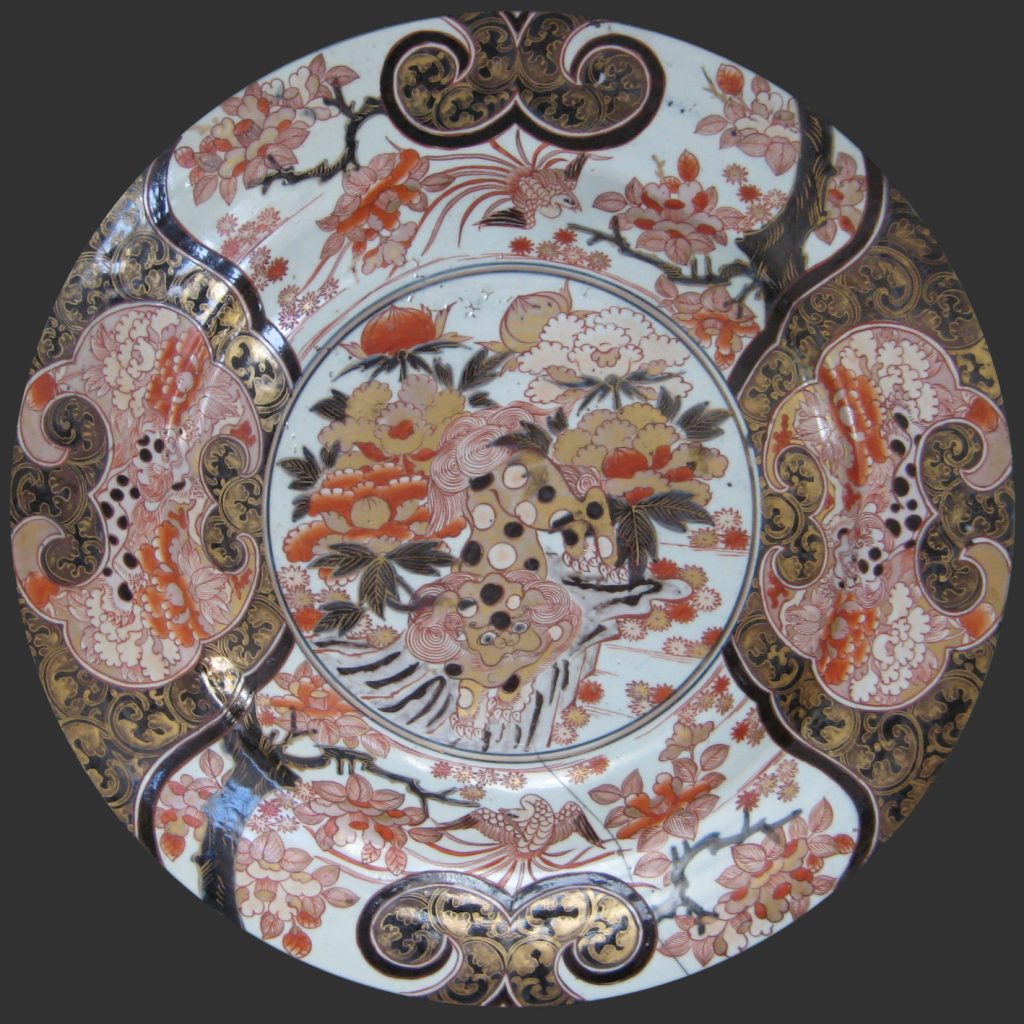 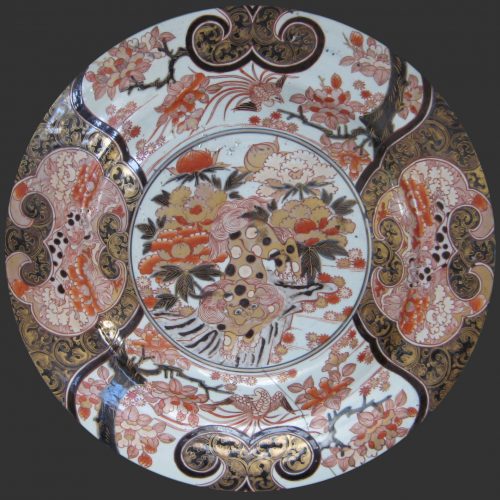 Imari is the European name for Japanese porcelain wares made in the town of Arita and exported from the port of Imari, in Western Japan. The dynastic change and the instability of China in the mid-17th century created a gap in the porcelain market, which became increasingly international throughout the century. Arita developed into a prominent centre for porcelain due to its proximity to Izumiyama, an area rich in kaolin.

Although the Arita kilns initially produced Korean-influenced blue and white pottery – known as Early Imari –, typical Imari ware is richly patterned in iron red and underglaze blue and is often lavishly gilded. Many of its designs were inspired by Japanese textiles.

Made mostly for export to the West, Imari ware was also imitated by Chinese and European potters. By the 18th century there was so much Chinese Imari ware available in the export market that Japanese Imari became prohibitive, spurring Western potteries to produce their own versions, such as Meissen in Germany or Spode, Chelsea, Derby, Worcester and Minton in England.

Sir William Holburne possessed over four hundred pieces of Chinese and Japanese porcelain, including some he had inherited. For instance, his grandfather, Admiral Francis Holburne (1704–1771), commissioned a fine Chinese porcelain dinner service emblazoned with the Holburne arms.

Can you identify the animals painted on the dish? How would you decorate your own porcelain?