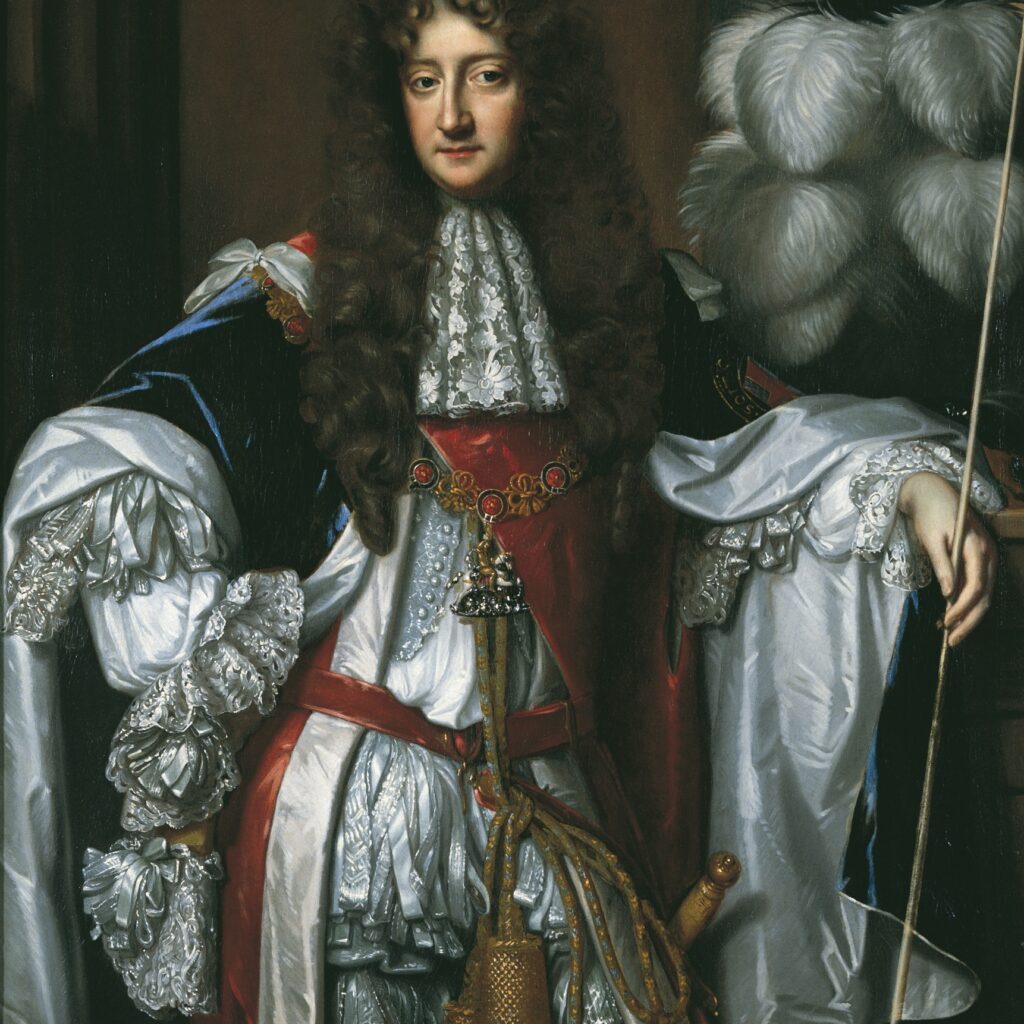 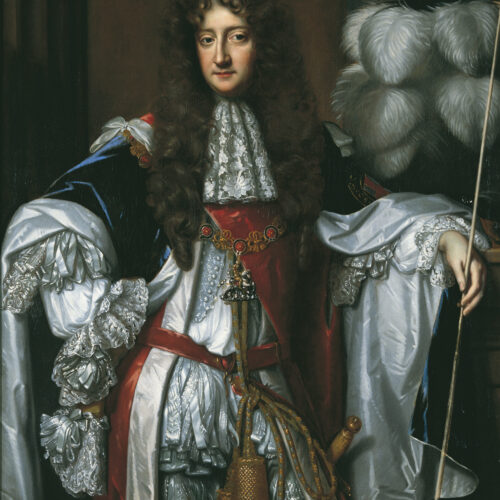 The artist William Wissing was born in Amsterdam and studied under Willem Doudyns (1630–1697) at The Hague. In about 1676 he came to England, where he worked in the studio of Sir Peter Lely (1618–1680). On Lely’s death Wissing became for a short time the only significant rival to Godfrey Kneller (1646–1723) for the patronage of the court and the nobility. His early death, at the age of thirty-two, cut short a promising career.

The sitter is Laurence Hyde (1642–1711), the second son of Edward Hyde, 1st Earl of Clarendon (1609–1674). He had a long and fascinating political career. Shortly before this portrait was painted, he was created Earl of Rochester by Charles II in 1682, and in 1685 James II appointed him Lord High Treasurer, although he was dismissed two years later for his strong Protestant beliefs. By the close of William III’s reign he had been named Lord Lieutenant of Ireland and was retained in that office by his niece Queen Anne when she came to the throne.

This portrait was probably commissioned by Rochester’s protégée, the politician Francis Gywn (c.1648–1734), from whose collection at Forde Abbey it was acquired by Sir William Hoburne in 1846 after the death of the last heir. The artist demonstrates his meticulous attention to detail and texture in painting Rochester’s shimmering robes, silver lace, and fluffy ostrich feathers. From his collar hangs the jewel of St. George and he seems very much at ease in his heavy wig and Order of the Garter insignia.

The full-bottom wig that the sitter is wearing became fashionable in the late seventeenth century, with its popularity peaking roughly between 1660 and 1715. Full bottoms featured long, flowing hair at the front, side and back, and high side peaks. They consisted of more than one part (usually three) and required about ten heads of hair to be made, resulting in considerable weight and cost. These cumbersome and expensive wigs were replaced during the eighteenth century by smaller and more affordable models arranged in a variety of styles.