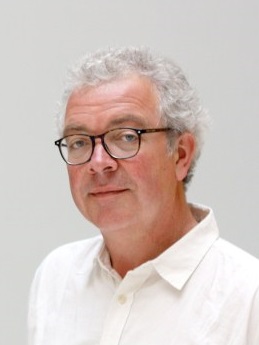 Chris Stephens will take up the post in Bath in early July. He succeeds Jennifer Scott, now Sackler Director of Dulwich Picture Gallery.

John Barneby, Chairman of the Board of Trustees of the Holburne Museum, said: ‘I’m delighted, on behalf of the Trustees, to announce the appointment of Dr Chris Stephens as the new Director of Bath’s Holburne Museum to succeed Jennifer Scott. Chris has had an outstanding record at the Tate and once again the Holburne has been able to attract a top talent to continue to move it forward. I have every confidence that Chris will lead the Holburne with creative flair and grow the critical and popular success enjoyed by the Museum.’

On his appointment Chris Stephens said: ‘Since its reopening in 2011, I have admired the richness and professionalism of the Holburne, its staff and its programme, so I am thrilled to become its next Director and to continue and extend its innovation and all that it offers the people of Bath and beyond.’

Nick Serota, Director Tate, said: ‘Chris Stephens is an outstanding curator whose deep knowledge of British art, and of the twentieth century in particular, will bring real strength to the Holburne. In major exhibitions over the past decade he has brought new perspectives to the work of Henry Moore, Francis Bacon, Barbara Hepworth and currently David Hockney. He is widely recognised as the leading scholar on the St Ives School and has curated several exhibitions at Tate St Ives, including recently an important re-assessment of Peter Lanyon. Chris is widely respected in the art world and this affection and personal standing will carry the Holburne forward into an exciting new chapter.’

Alex Farquharson, Director Tate Britain, said: ‘Chris Stephens is a hugely respected and valued member of the Tate Britain team, where he leads the group of curators which has responsibility for modern British Art and the collection. His role in the hugely successful rehang of the collection of British art and redevelopment of Tate Britain is a significant achievement that leaves a substantial legacy for the public that reflects Chris’s enthusiasm, deep understanding of audiences and curatorial excellence.’

As Head of Displays, Chris Stephens has overseen the programming, planning and delivery of the collection displays at Tate Britain since 2001. He played a key role in a major refurbishment of the building and in the complete rehang of the collection that accompanied it in 2013. He is recognised as a leading scholar in 20th century British art and leads the team responsible for the development of and research into Tate’s collection from 1900 to the 1970s. Chris’s own main area of research has been into artists in Cornwall in the 1940s and 50s and he has curated numerous successful exhibitions at Tate St Ives, including ‘Barbara Hepworth: Centenary’ (2003), ‘Peter Lanyon’ (2010) and ‘International Encounters: St Ives and Modern Art (2014); his book on the subject will be published in 2018. At Tate Britain he has curated a series of major exhibitions, including Gwen & Augustus John (2004), Francis Bacon (2008), Henry Moore (2010), Picasso and British Art (2012), Barbara Hepworth (2015) and, most recently, the on-going David Hockney retrospective that is projected to be the most popular exhibition in Tate Britain’s history.

As Head of Displays and Lead Curator of Modern British Art at Tate Britain, Dr Chris Stephens is one of the foremost scholars of 20th century British art and the art of St Ives. He most recently curated the major 2017 David Hockney retrospective at Tate Britain, Centre Pompidou, Paris & Metropolitan Museum of Art, New York. The exhibition is projected to be the most visited exhibition in Tate Britain’s history. Dr Stephens received MAs in History of Art from the University of Edinburgh, and in British Art and Critical Theory from the University of Sussex; here his doctorate was in ‘St Ives Artists and Landscape 1939-64’. Major exhibitions he has curated include Barbara Hepworth: Sculpture for a Modern World (2015), Tate Britain, Kröller-Müller Museum, Otterlo & Arp Foundation, Rolandseck; Picasso and Modern British Art (2012), Tate Britain and Scottish National Gallery of Modern Art, Henry Moore (2010), Tate Britain, Art Gallery of Ontario, Toronto, Leeds City Art Gallery; Francis Bacon (2008), Tate Britain, El Prado, Madrid and Metropolitan Museum of Art, New York; Gwen & Augustus John (2004), Tate Britain and National Museum of Wales, Cardiff. He has curated a number of exhibitions at Tate St Ives, including International Encounters: St Ives and Modern Art (2014) and his book on the subject will be published in 2018. He played a key role in the major development of Tate Britain in 2013 and the accompanying rehang of the entire collection.

The Museum reopened in May 2011 after ambitious renovations and a new extension by Eric Parry Architects. The Holburne has fast gained a reputation as an outstanding regional museum which holds critically acclaimed exhibitions including Bruegel: Defining a Dynasty, the most successful exhibition to date.