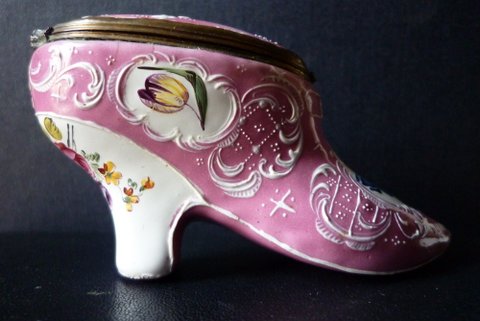 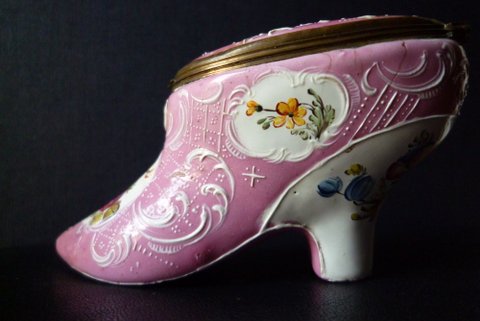 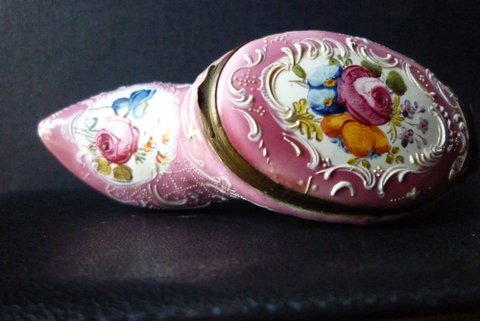 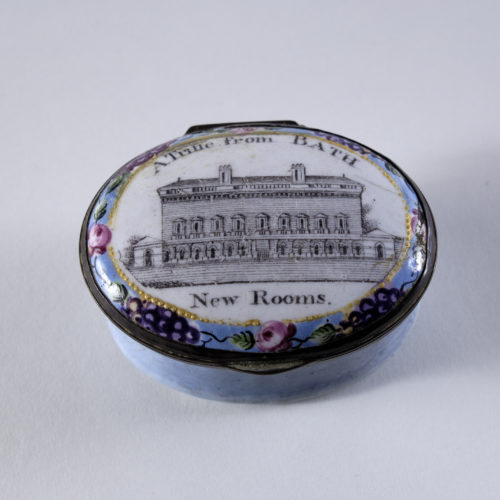 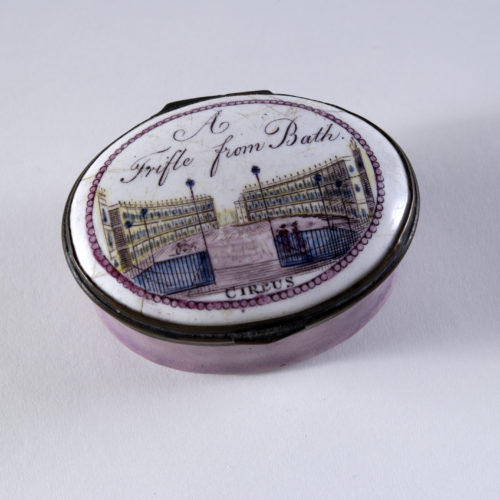 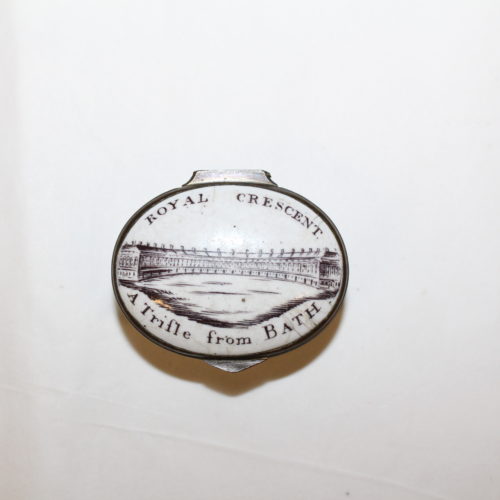 Snuffbox in the form of a shoe
English
Enamel, c.1770

Snuff is a fine powder made from ground tobacco leaves and spices. It was introduced in Europe when tobacco started being imported from America. Although it was originally used for medical purposes, a more widespread use developed from the seventeenth century onwards, particularly among the wealthy. It was consumed either inhaled or sniffed, and its taking became highly fashionable particularly during the eighteenth century.

Snuff boxes became popular “fancy goods” available in toyshops – businesses that sold expensive, trendy items that ranged from shoe buckles and canes to scent bottles and cosmetics. Snuff boxes came in a wide variety of designs and materials – precious metals, enamel, porcelain and even papier-mâché – and could cost hundreds or even thousands of pounds. This snuff box, in the form of a fashionable shoe, was probably made for a lady.

On the other hand, patch boxes were small and shallow boxes devised to contain the beauty face patches that were in vogue in the seventeenth and eighteenth centuries. These differed from snuff boxes in that they frequently had a mirror inside. Their design could be as intricate, their materials as valuable and their cost as steep as those of snuff boxes, and many of them were manufactured as souvenirs, such as the group of patch boxes with views of Bath in our collection. In time, both patch boxes and snuff boxes came to be regarded as charming decorative objects.

What treasured items would you keep in these little boxes?