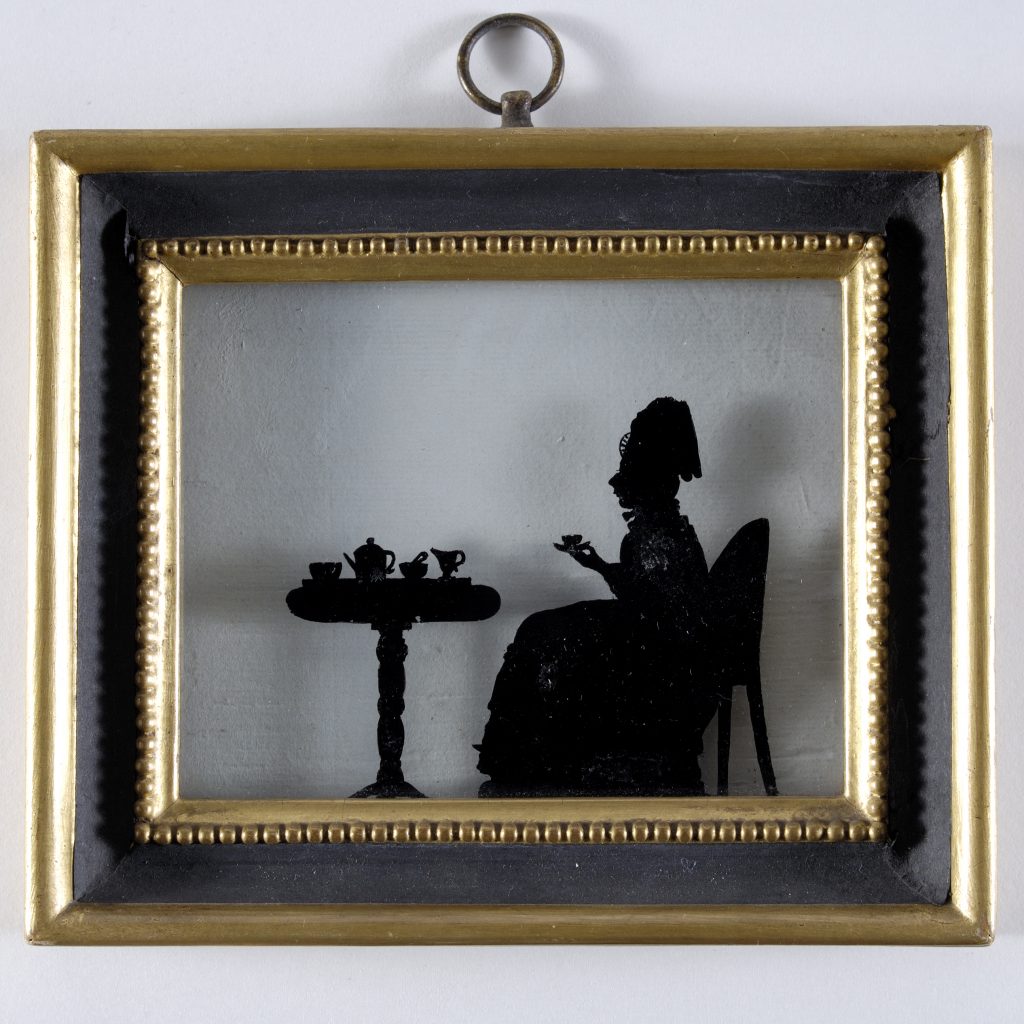 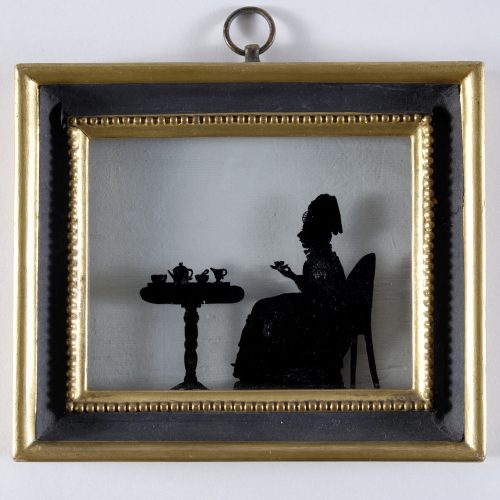 The cheapest form of portrait for sale in Georgian Bath was a small-scale outline of a head in profile. Profile miniaturists often sold their wares through Bath’s toyshops, with prices ranging from two shillings to ten times that amount.

Although they are often called silhouettes today (after the surname of an eighteenth-century French finance minister), in their late-Georgian heyday they were still known as ‘shades’, or simply ‘profiles’. The earliest silhouettes were cut out of paper, usually following a drawn line. They were either cut from black paper or painted as a shadow. Sometimes details like hair or clothes were picked out in white or gold. The best profile-cutters were able to work freehand, with only their eye to guide the scissors. As the demand for profile portraits grew, clever craftsmen invented ways of tracing round a shadow cast onto a wall or screen. The life-size outline of the head could then be reduced and copied at miniature size, using a variety of media.

Although painting directly onto paper or card was the easiest technique, smaller profiles for jewels were often painted on plaster and ivory. Painting on glass presented quite different challenges but equally pleasing effects. The portrait had to be painted on the back of the glass for viewing from the front. The artist had to work in reverse, applying the details first. The paint also had to be thick and sticky enough to adhere to the glass. Once finished and backed with paper or silk, the opaque image casts its own shadow, giving a three-dimensional effect as though alive.

This lady taking tea is an example of the glass technique described above. Charles Christian Rosenberg was born in Austria and moved to England as a young boy as part of Queen Charlotte’s retinue. His ties to the Royal Family continued via a sustained patronage throughout his career. He settled in Bath around 1787 and became one of the most successful and prolific silhouette artists of his time.

Why not have a go at creating your own contemporary silhouettes? How about organising a Skype portraiture session with friends and family, or perhaps treating your pet to their own Georgian-inspired fancy profile?