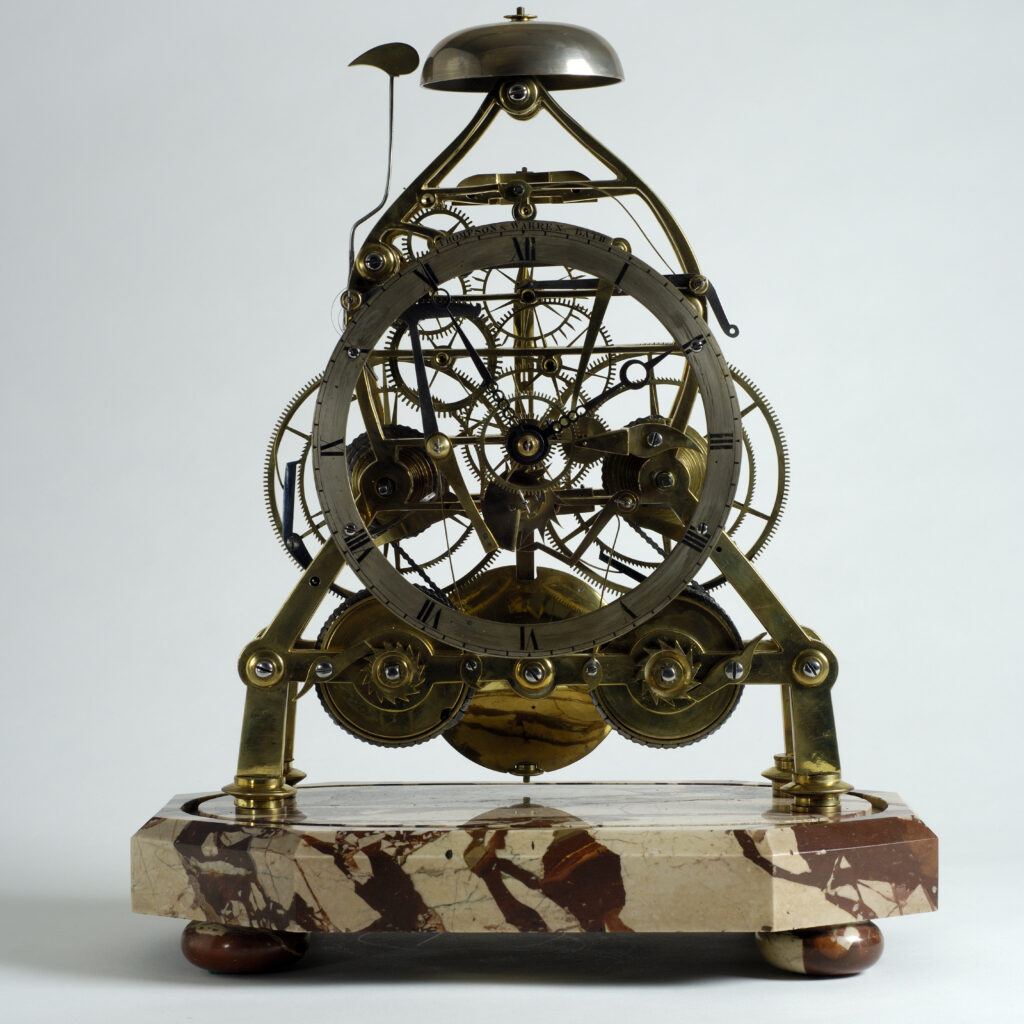 Skeleton Clock
English, signed by Thompson and Warren, Bath
Brass and steel on a marble base, 1829–30 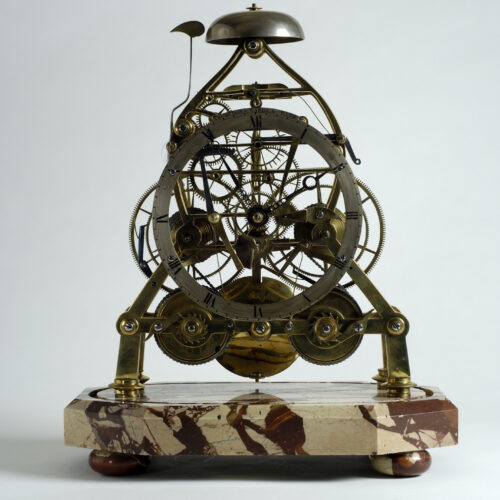 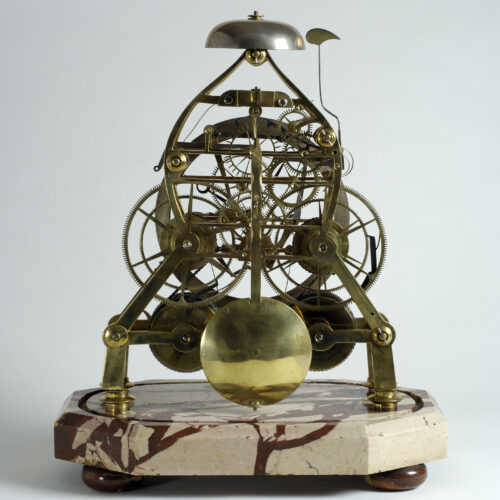 The pursuit of accurate timekeeping has been one of the greatest driving forces for scientific and technological development throughout history. Timekeeping methods are present in most cultures and societies. Across the ages, time measuring devices have been refined and perfected, occasionally becoming precious and decorative objects as well as useful instruments.

There are eight clocks and five watches in the Holburne collection. Sir Wlliam Holburne acquired this “skeleton” clock when furnishing his new house at 10, Cavendish Crescent in 1829-30; it sat on the Dining Room’s mantelpiece.

“Skeleton” clocks, where the movement was displayed without a case but under a glass “shade”, and with handsome marble bases, became popular in the early nineteenth century; magnificent examples were displayed at the Great Exhibition in 1851. They were often purchased for libraries and studies, where their obvious scientific character suited the scholarly ambience of such rooms. Unfortunately, the glass shade of this object no longer survives.

Thompson and Warren were noted silversmiths and retailers of clocks and watches in Bath. They were recorded at 1, Westgate Street, in 1826.

Why not take a moment to slow down? Don’t forget new resources are live from 11am every Wednesday for our free virtual art class Creativity4Wellbeing