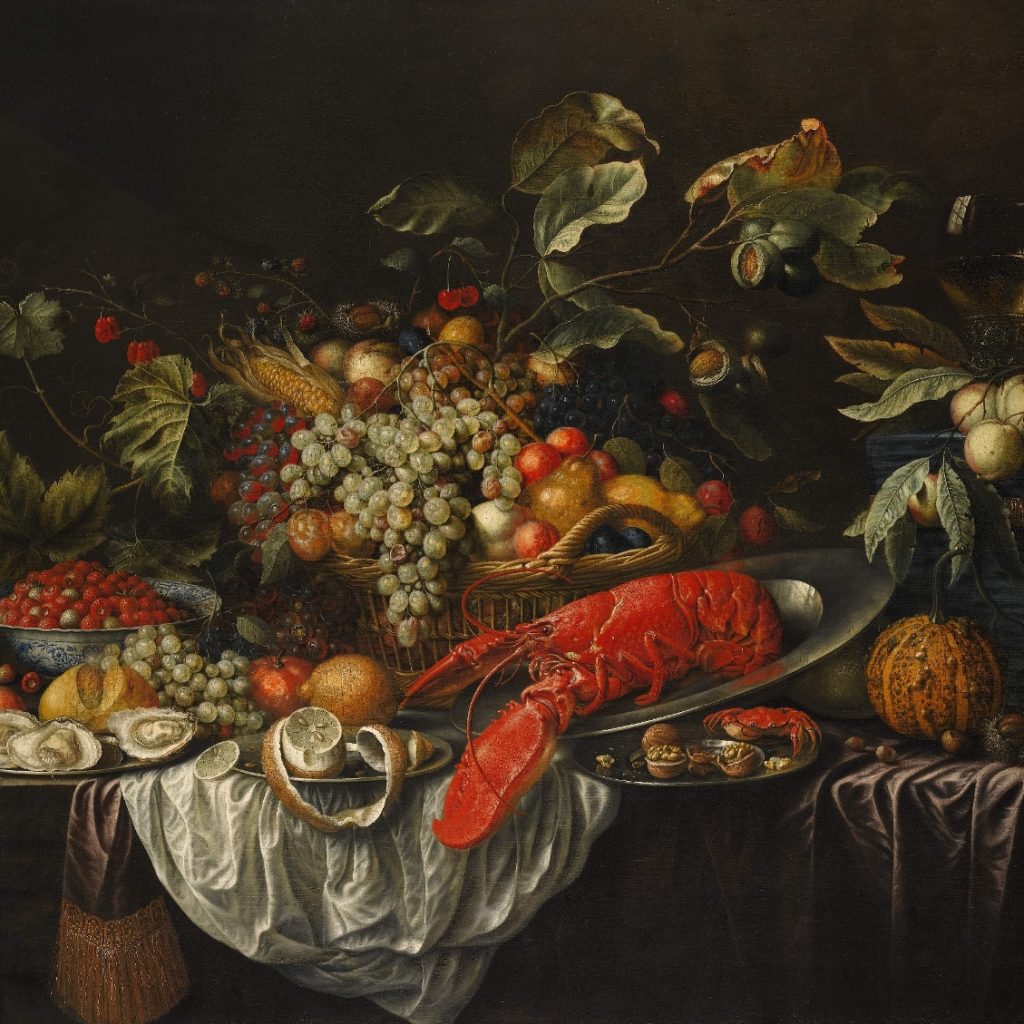 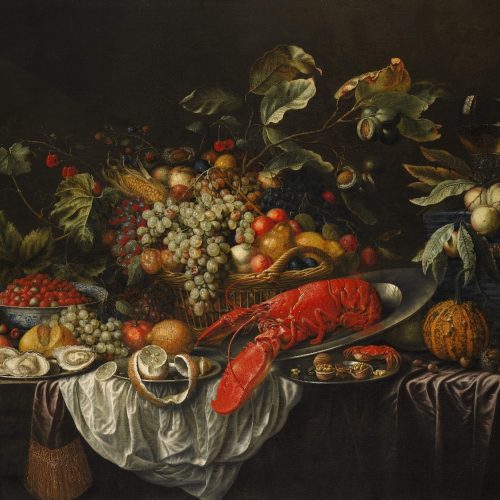 Cornelius de Bryer was a Flemish artist whose life and career remain largely unknown. He trained in Antwerp under Daniël van Middeler, though he is not recorded as a member of the local guild. However, it is probable that he settled in Antwerp and stayed there for most of his life. His work was influenced by Jan Davidsz. de Heem (1606–1684) but very few of his paintings survive today, and only nine are clearly signed.

This large still life is one of de Bryer’s most ambitious works. The stone table is richly spread with over twenty varieties of fruit, including apricots, strawberries, grapes, pears, oranges and chestnuts. Many of these fruits ripen in different seasons, so it would have been impossible to arrange this composition in order to paint it from life. The artist is using their various colours, shapes and textures to display his skill.

The tableware features a blue and white Chinese export dish and several pewter dishes containing a half-peeled lemon, walnuts, oysters, a crab and a lobster. The lemon peel, the lobster claw and the pewter dish overhanging off the table edge contribute to the illusion of space and depth. Some of these elements were included due to their value and rarity, while others alluded to the fleetingness and fragility of life.

What would you include in a modern-day still life in order to convey a similar message?