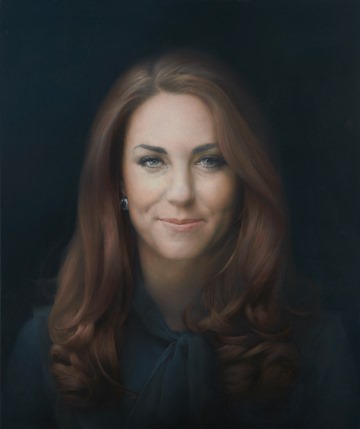 The Duchess of Cambridge

Exhibition: The Duchess of Cambridge by Paul Emsley
7 September to 6 November 2013

The Holburne Museum is delighted to announce that from Saturday 7 September it will display the first official painted portrait of the Duchess of Cambridge.

The painting by artist Paul Emsley, who is based in Bradford on Avon, was unveiled at the National Portrait Gallery in January this year where it is on display until 27 August. The Holburne Museum is the only planned additional venue for the display of the portrait this year.

Alexander Sturgis, Director of the Holburne said, ‘We are thrilled to be welcoming the Duchess of Cambridge to the Holburne at this exciting time and we trust she will be happy here. There couldn’t be a more fitting place to show this important portrait – a few miles from where the picture was painted and in a room that sits between our great collection of eighteenth-century British portraits and our stunning exhibition of paintings from the Royal Collection. I think she will feel very at home here. We’re very grateful to the National Portrait Gallery for lending us the painting.’

Glasgow-born Paul Emsley grew up in South Africa but now lives and works in Bradford on Avon, ten miles from Bath. In 2007 he won the prestigious BP Portrait Award and subsequent commissions have included portraits of V.S.Naipaul (2009) and Nelson Mandela (2010). His portrait of the Duchess of Cambridge has been lent to the Holburne by the National Portrait Gallery.

For his commission of the Duchess of Cambridge, her first official portrait and painted at the beginning of her public life, he was given two sittings the first at Kensington Palace and the second at the artist’s studio in Bradford.

Paul Emsley says, ‘The Duchess explained that she would like to be portrayed naturally – her natural self – as opposed to her official self. She struck me as enormously open and generous and a very warm person. After initially feeling it was going to be an unsmiling portrait I think it was the right choice in the end to have her smiling – that is really who she is.’

A film about the making of the portrait will be available to view in the Sackler Discovery Centre at the Holburne.

The National Portrait Gallery’s painting of its Patron was commissioned by the Gallery, and given by Sir Hugh Leggatt, in memory of Sir Denis Mahon, through the Art Fund.
The Duchess was involved in the selection process, from which artist Paul Emsley, the 2007 winner of the Gallery’s BP Portrait Award competition, was chosen by Director Sandy Nairne to paint her official portrait.

The Art Fund is the national fundraising charity for art, helping museums to buy and show great art for everyone to enjoy. Over the past 5 years it has given £24m to help over 200 museums and galleries acquire works of art for their collections, from ancient sculpture and treasure hoards to Old Master paintings and contemporary commissions. It also supports a range of programmes which promote museums and their collections to wider audiences, including the national tour of the ARTIST ROOMS collection, the Art Fund Prize which rewards and celebrates Museum of the Year, and its Art Guide, a pioneering smartphone app offering the most comprehensive guide to seeing art across the UK. It is independently funded, the majority of its income coming from 95,000 members who, through the National Art Pass, enjoy free and discounted entry to over 200 museums, galleries and historic houses across the UK, as well as 50% off entry to major exhibitions.

Find out more about the Art Fund and the National Art Pass at www.artfund.org
The press office can be reached on or media@artfund.org