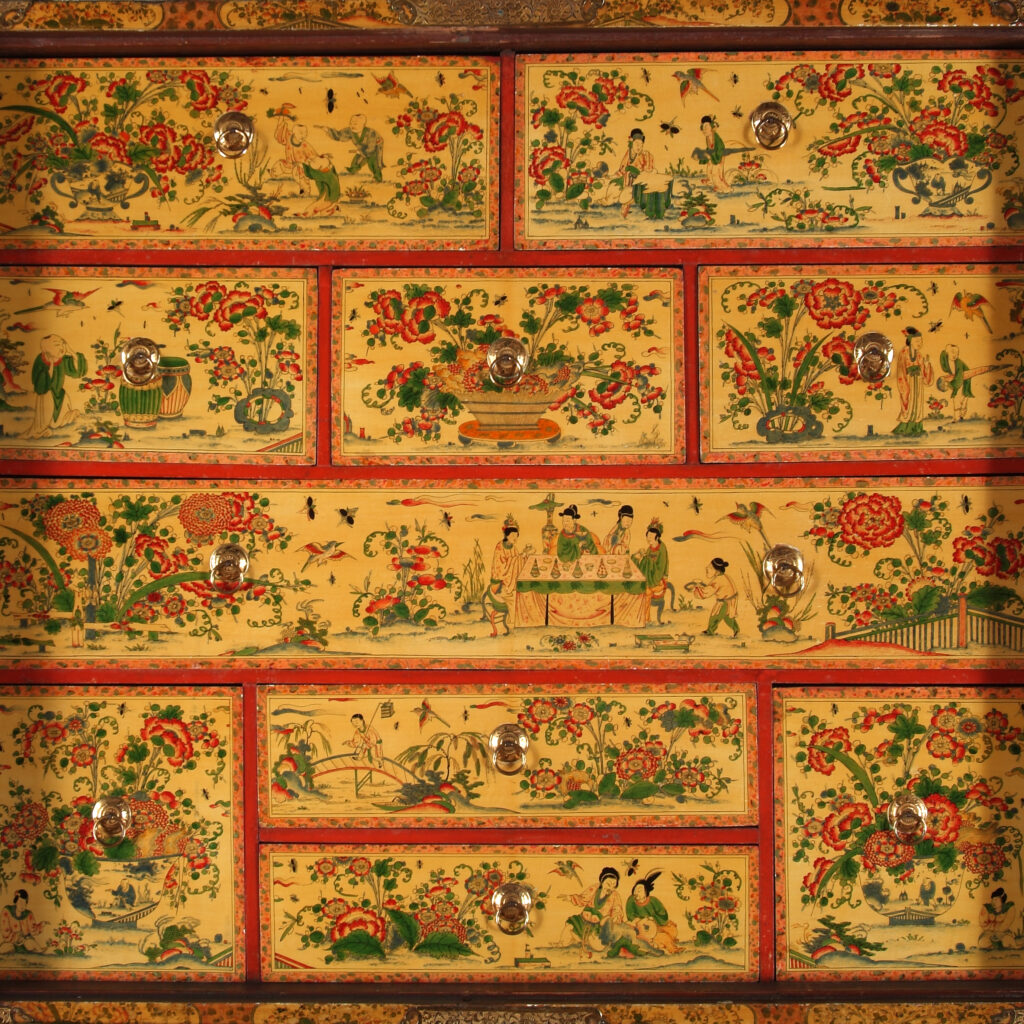 The Witcombe Cabinet
English
Japanned and silvered wood, about 1697
203 x 120 x 60 cm
Accepted by HM Government in Lieu of Inheritance Tax and allocated to the Holburne Museum, 2005 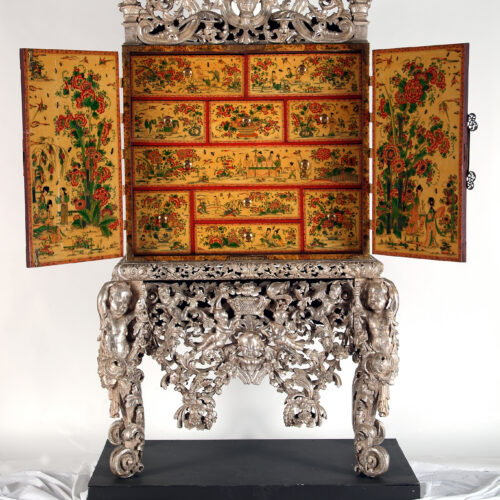 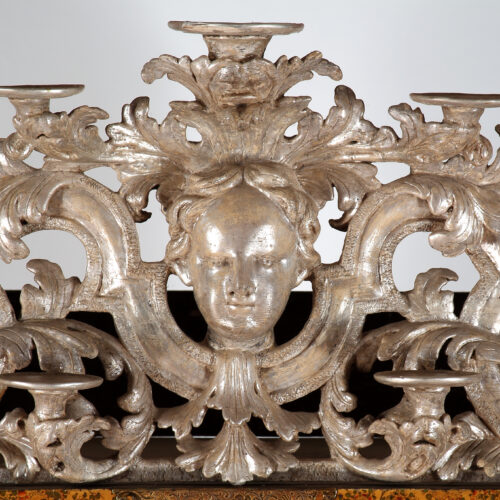 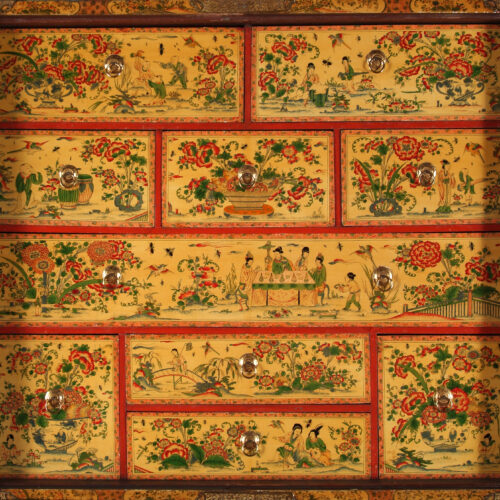 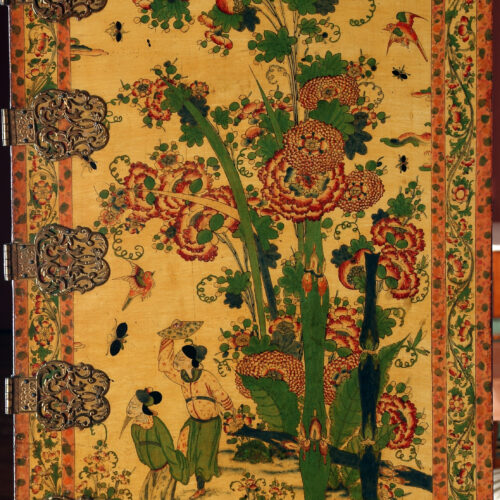 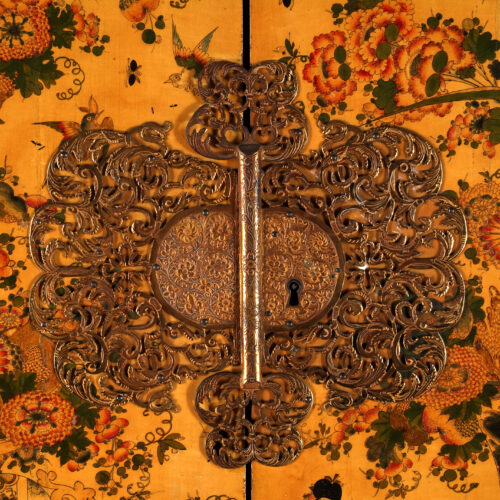 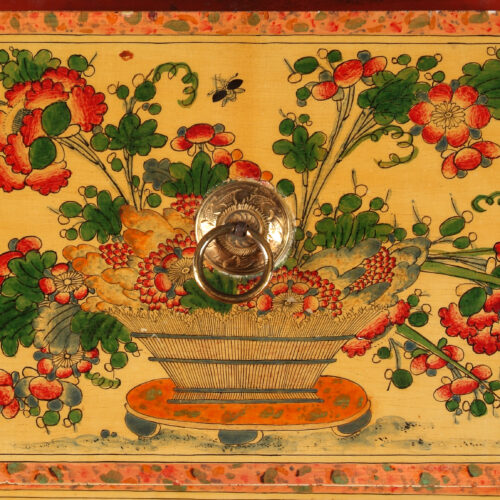 The Witcombe Cabinet was produced in England by an unknown London workshop. It is the finest and largest of four decorated cabinets with similar characteristics, and it is remarkable for several reasons. Firstly, it was designed to imitate Chinese porcelain or ivory rather than a more common lacquer imitation finish. Pale backgrounds were used infrequently, and today there are only a handful of surviving examples of English furniture in white or ivory ground. The Chinoiserie decoration that covers the surface of the cabinet – both inside and outside – depicts flower vases, landscapes, figures, birds and insects, and its carefully balanced and harmonious composition attests to the outstanding skill of the artist who produced it.

Moreover, the Witcombe Cabinet has survived complete with its original stand and cresting. These elements are made of carved pine and were silvered instead of gilded. This was, again, an uncommon choice. Silvering became fashionable as a result of Louis XIV’s taste for solid silver furniture and it was soon adopted as an elegant high-end finish for the furnishing of Baroque palaces and great houses. The stand was carved in a naturalistic Dutch Baroque style and the decoration revolves around the theme of “Plenty”. It includes putti supporting baskets of grapes and wheat ears, as well as natural elements such as acanthi and roses.

The Witcombe Cabinet was made for Sir Michael Hickes (1645–1710) and placed in his residence at Witcombe Park in Gloucestershire, where it remained undisturbed for over three hundred years. It was set against a set of tapestries, and Chinese and Japanese porcelain was displayed on the brackets on the cresting. It was removed from its original location when the building was demolished in the late 19th century, and it was transferred to the Holburne Museum in 2005.