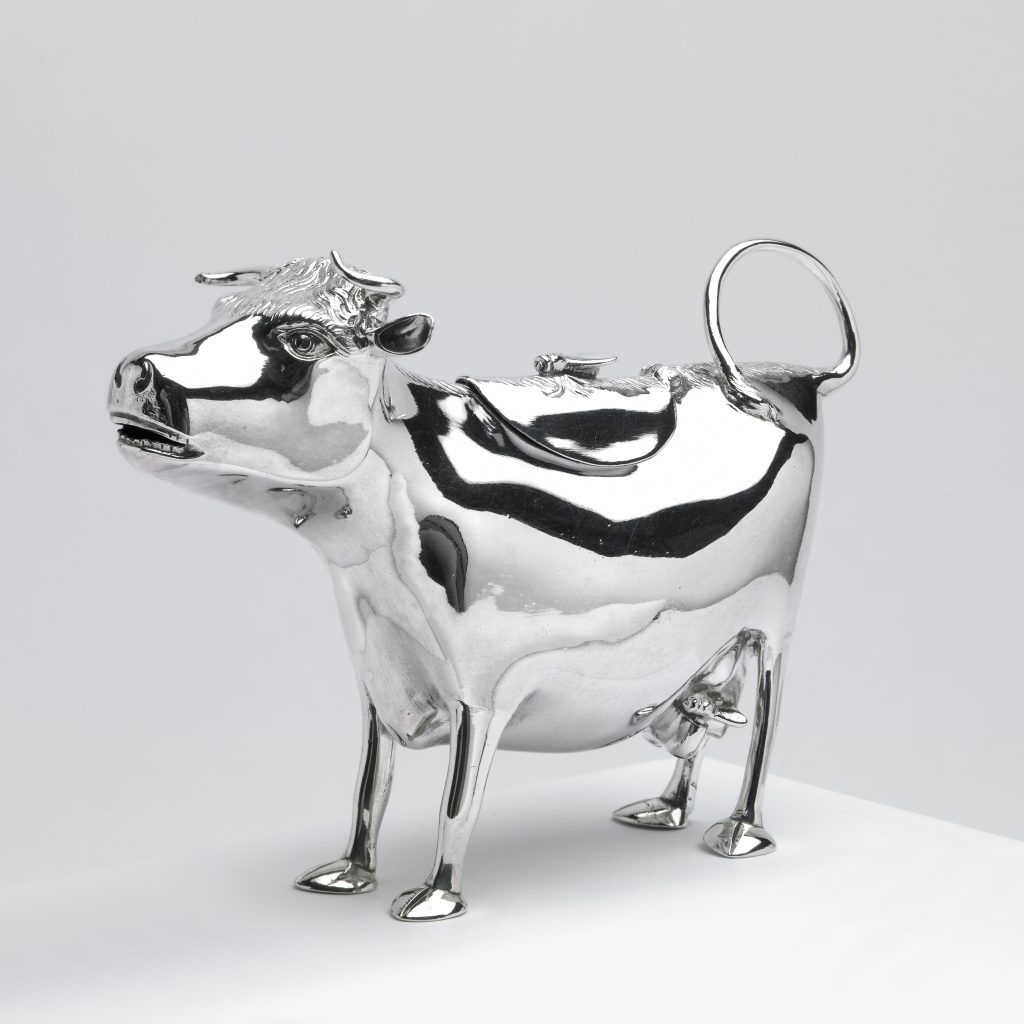 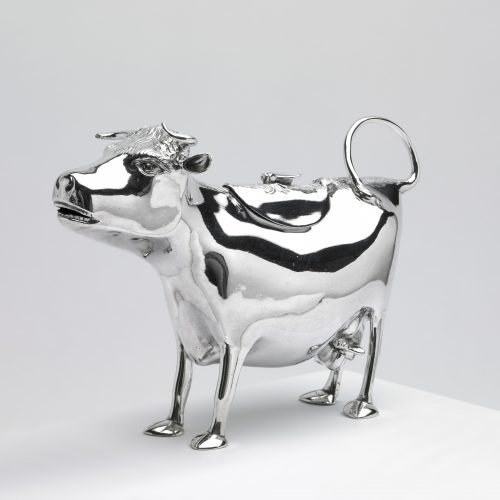 Animals have been a constant source of inspiration for artists and makers. The Holburne possesses several animal-shaped objects, some of which were created for a very specific purpose.

This creamer in the shape of a cow is a perfect example of the interrelation between form and function. The container was filled by opening the top lid, which fittingly features a fly as a knop. The creamer was lifted by the animal’s tail, with liquid pouring from the cow’s mouth, which acted as a spout.

The rise in the consumption of tea, coffee and hot chocolate created a need for specific equipment to prepare and serve these drinks. Cow creamers were first introduced in The Netherlands in the early 18th century and they soon became fashionable among the English elites. They were originally produced in stoneware from potteries located in Staffordshire, South Wales, Yorkshire, Tyneside and Scotland. Silver cow creamers appeared a few years later, in the 1750s.

This object was produced by John Schuppe, a Dutch immigrant who settled in London and entered his own mark in 1753. He specialised in this kind of vessels and produced some of the finest examples of the era. Cow creamers were made in sections that were later welded together: the sides of the body, the head, the legs or the tail were all modelled separately, as shown in this youtube video They became so popular that their production has continued until the present day.

What animal-shaped everyday items do you keep at home?