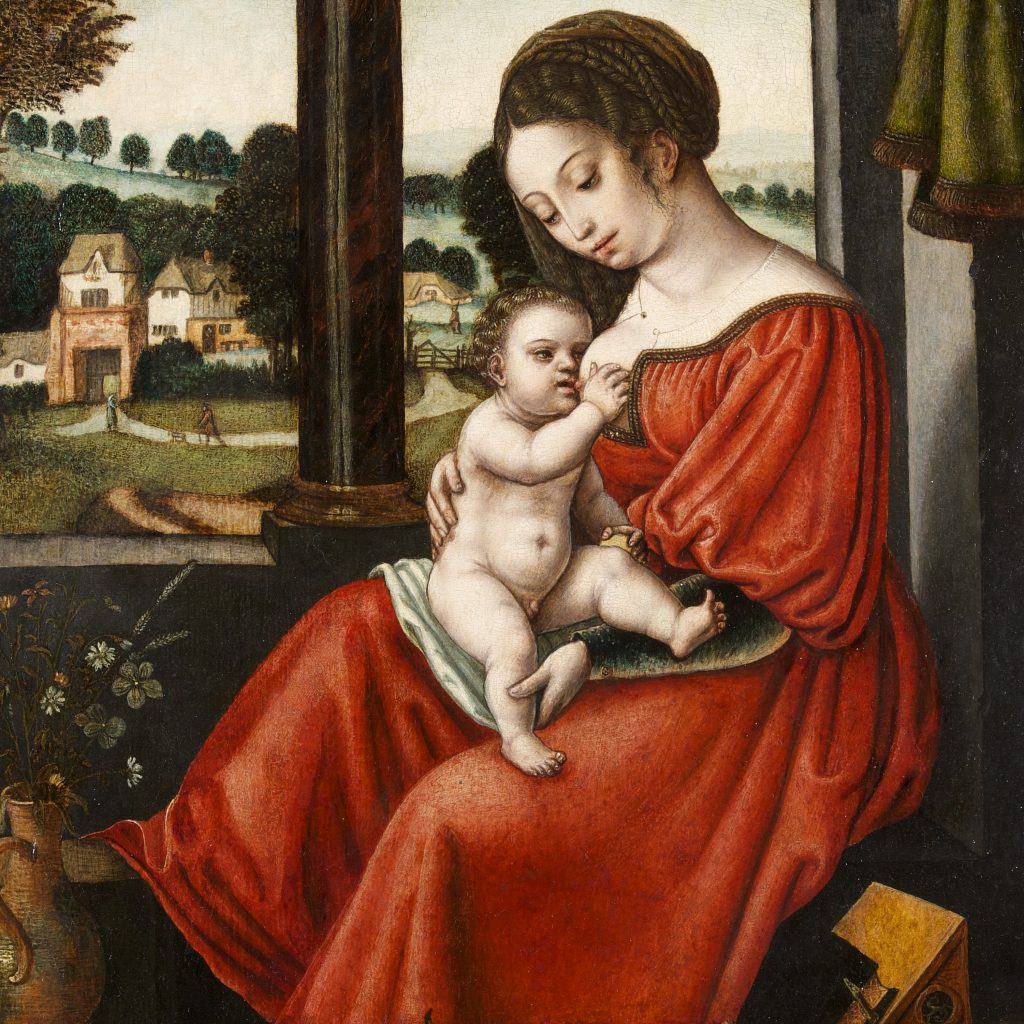 Attired in a luxurious red dress and set before a northern European landscape, a woman sits with her nude child on the lap. Her downward gaze watches lovingly over the baby, who is suckling while holding a fruit in his other hand.

The Virgin is presented as though she were a young Flemish mother; nothing in this domestic scene openly alludes to the divine nature of the figures represented. In the foreground, however, seemingly everyday items make symbolic references to the Virgin and Child. On the ledge, from left to right, are a tall pitcher with wildflowers, an apple, pear and cherries, and two books clasped shut, one on a book rest.

The various flowers are associated with notions of innocence and purity. The cherries, as the Fruit of Paradise, are symbolic of heaven, while the apple represents the fruit of the Tree of Knowledge and is thus connected to the original sin. The pear is a recurrent attribute of the Virgin and Child, with multiple interpretations related to its sweet taste. Lastly, the books could attest not only to the literacy and devotion of the Virgin, but also to the fulfilment of the prophecies in the Old Testament.

Influenced by the style of Jan Gossaert, this painting was probably made by a Flemish artist. The composition is based on an engraving by the German artist Barthel Beham, Madonna at a Window , which was in turn informed by Marcantonio Raimondi’s print Lady at a Window. Similarly, Raimondi based his own print on a drawing by Raphael currently kept at the Galleria Nazionale degli Uffizi in Florence.

In the background, beyond the drawn curtain and the marble column, a countryside scene featuring various buildings and figures on a path is visible. Further away, a line of trees punctuates the top of a hill.

Windows are traditionally used by artists to add depth to a composition, allowing the eye to wander outside of an enclosed space. Where does the view from your window take you?