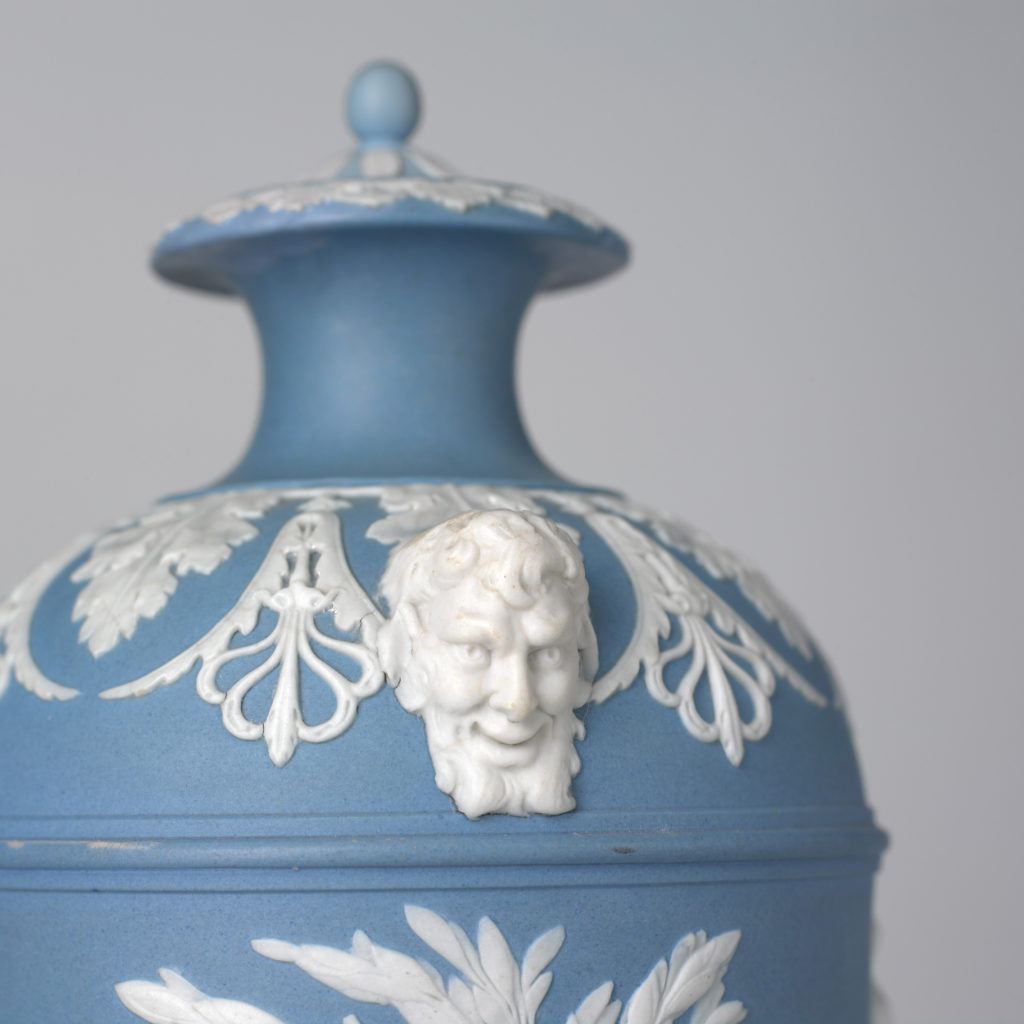 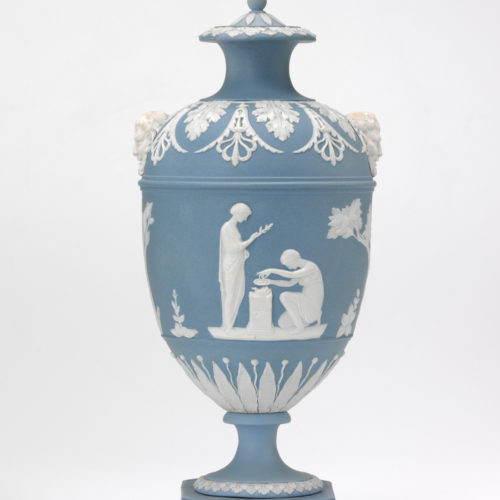 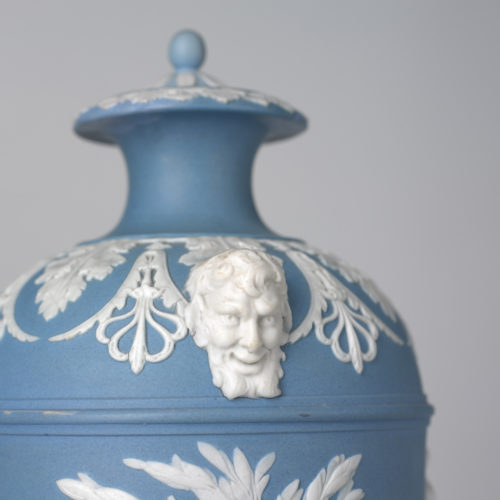 Josiah Wedgwood (1730–1795) was the twelfth and youngest child of a family of potters in Burlsem, near Stoke on Trent. From an early age he began to experiment with new materials and processes that were to lead to his extraordinary success and lasting fame.

His first breakthrough came in 1759-60 with the production of a new, better quality earthenware which he described as “Creamware” (later renamed as “Queen’s Ware”). This material was the basis for many of his useful wares: dinner services, tea services and flower vases.

In 1768 Wedgwood went into partnership with Thomas Bentley (1730–1780), a Liverpool merchant of great education, culture and ability. Bentley introduced Wedgwood to rich, aristocratic clients, and the two established a modern, purpose-built factory. He made thousands of vases to be sold as ornaments for fashionable neoclassical interiors and in 1769 he announced his intention of becoming “Vase-Maker General to the Universe”.

In 1771 Wedgwood began a series of 5,000 experiments to achieve his most famous invention, jasperware. It was perfected by 1775. This dense white stoneware could be stained throughout with metal oxides to produce consistent blue, green, lilac or brown grounds, to which decorative low reliefs in a contrasting colour were applied. This vase and stopper depicting two figures performing a sacrifice on a light blue ground is an example of this technique.

Sir William Holburne’s collection of decorative art included a significant number of fine ceramics made at Wedgwood’s Etruria factory in Staffordshire between 1765 and 1800. By the 1860’s, Holburne’s collection of Wedgwood was sufficiently substantial for him to lend twenty-eight pieces to the Special Exhibition of Works of Art held at the South Kensington Museum in June 1862, and forty pieces to the National Exhibition of Works of Art in Leeds in 1868. In both instances he was one of the most significant lenders.

Until we are able to welcome you back we hope you enjoy our online weekly art workshop. For the week beginning 6 April our inspiration will be taken from vases. You can find out more about our Wednesday workshops here: Creativity4Wellbeing