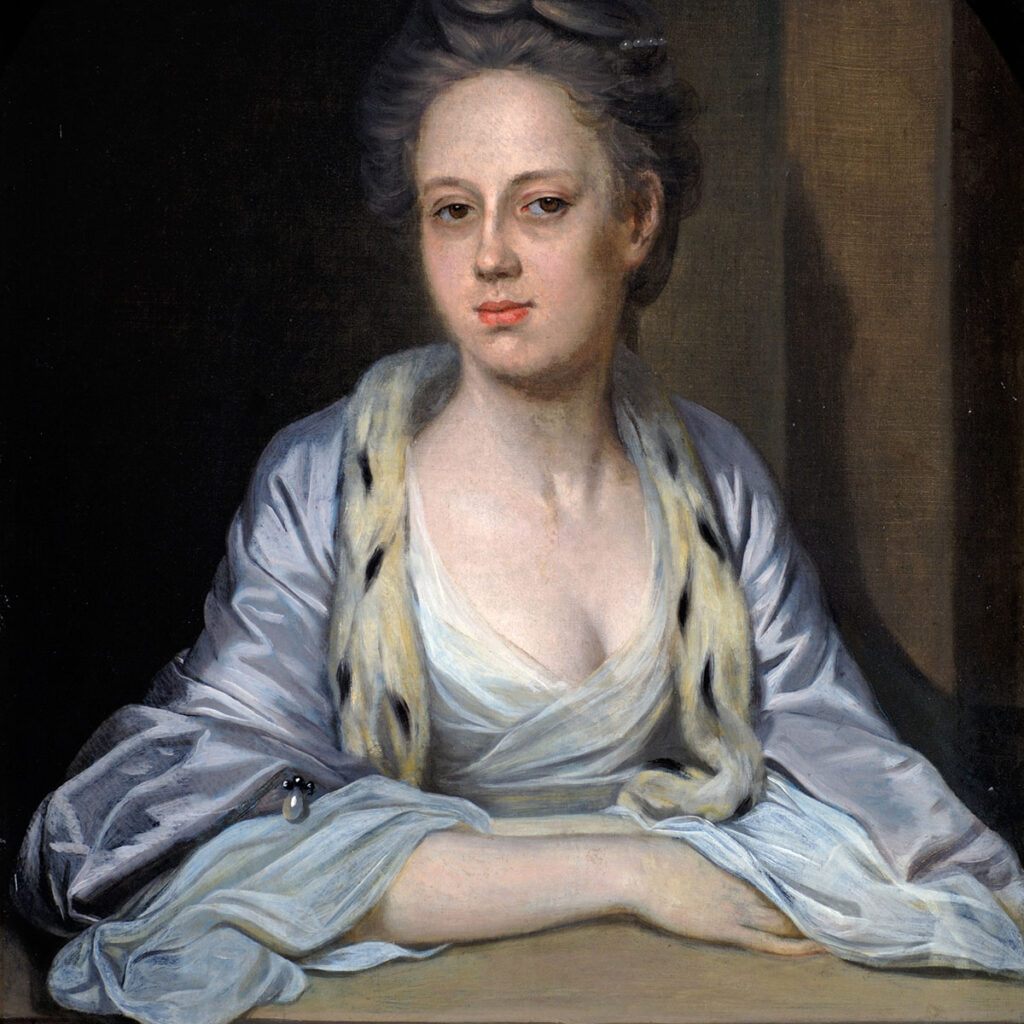 Frances was the daughter of Guy Ball (c.1686 to after 1722) and grew up in Barbados. Guy Ball seems to have been a London merchant who moved to Barbados and invested in plantations there. Other members of the Ball family were landholders in Barbados. Frances had two siblings: Sarah and Chapman Ball. Sarah and Frances were close. Sarah married a Mr Huxley. She died in 1785 and the beneficiaries of her will were her Holburne nieces Jean Sheldon and Catherine Cussans.

Frances’ first husband was Edward Lascelles (1702-1747). He was Collector of Customs in Barbados and they married in 1732; she would have been age 13 and he was 30. Edward’s older half-brother Henry Lascelles (1690-1753) had been Collector of Customs in Barbados before returning to England with his family where he was involved in politics and became a director of the East India Company.

Frances’ children by Edward Lascelles who survived into adulthood were Edward (1739/40-1820), Francis and Frances. The eldest, Edward, inherited the Lascelles family estates in 1795 on the death of his cousin Edwin (son of Henry above) and he was created 1st Earl of Harewood in 1812.

Frances’ second husband was Admiral Holburne. The married in 1749 in Barbados. Their children were Jean (b.1750; m. Ralph Sheldon, children: one son and three daughters), Francis (Sir Francis, 4th Baronet) and Catherine (Cussans). Catherine, their youngest child, was born after their return to London. The Holburne children were brought up with their Lascelles half-siblings. Catherine was particularly close to her half-brother Edward Lascelles.

Frances died at the Hot Wells in Bristol, which she was visiting for her health. Admiral Holburne intended to commission Roubiliac to carve a memorial to her in Richmond church and the Admiral wrote the inscription. The memorial was in fact executed by Benjamin and Thomas Carter. The Admiral was buried next to his wife.