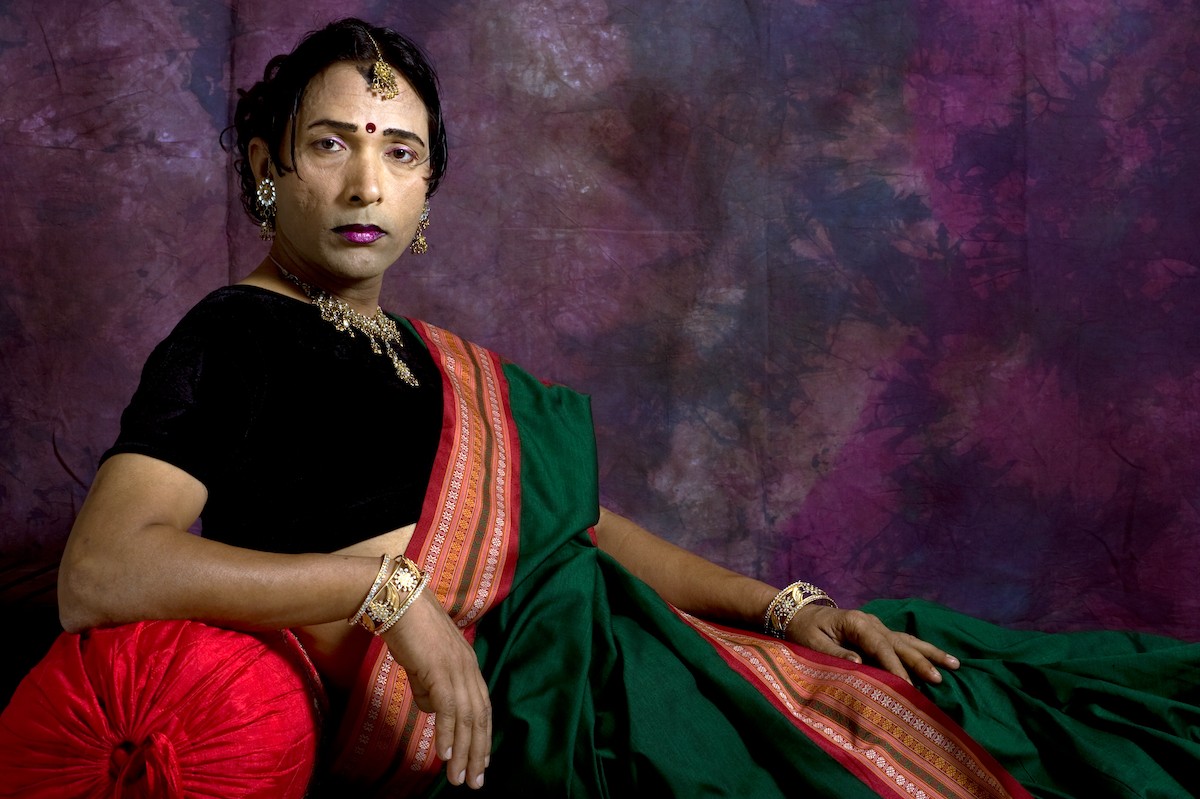 To accompany its major new exhibition of Dante Gabriel Rossetti’s portraits, the Holburne is proud to announce a display of photographs by Sunil Gupta that explore the legacy of the Pre-Raphaelites and their influence on contemporary art.

You can book in advance here, or you can also just purchase tickets on arrival at the Museum.

In 2008, London-based artist and photographer Sunil Gupta (b.1953, New Delhi) was commissioned by Autograph gallery in London, to produce a body of work connected to LGBTQI+ rights in India. The resulting series of ten photographs referenced the struggle against Section 377 of the Indian Penal Code. Instituted during British rule in the 1860s, it criminalised gay sex between consenting adults and remained in place until it was finally repealed by the Supreme Court of India in September 2018.

Known as the Anti-Sodomy Law, Section 377 facilitated the arbitrary arrest and exploitation of LGBTQI+ Indians. In turn, this led to a closeted culture where alternate sexuality was pushed underground and made researching and treating serious medical problems such as STDs and HIV/AIDS extremely difficult.

Gupta’s photographs allude to works by members of the Pre-Raphaelite Brotherhood, an artistic movement founded in 1848, only a few years before Section 377 was introduced. He says: “I was struck first by the vividness of the [paintings’] colours and then by the ambivalent sexuality of their subject matter.”

Inspired by the Tate’s collection, Gupta invited friends and fellow activists to model for him and re-enact the original works; at the time their involvement constituted an act of resistance, courage, and commitment, much like their UK counterparts who campaigned against Section 28 (in effect between 1988 and 2003 in England and Wales).

Through Gupta’s lens, well-known paintings such as Henry Wallis’ Chatterton (1856), Edouard Manet’s Olympia (1863), Sir John Everett Millais’ Mariana (1851) and Dante Gabriel Rossetti’s Paolo and Francesca da Rimini (1867), take on a new meaning as he reinterprets them. The New Pre-Raphaelites is representative of Gupta’s work, which spans three decades and documents his own life and involvement with issues of gender, sexuality, displacement and his own diagnosis in 1995 of being HIV positive. This display of tightly composed images effectively force the viewer to confront a juxtaposition with an alternative social reality. Also, as the Pre-Raphaelites observed in the 1800s, Gupta’s photographs transpose the private into the public. In Gupta’s photographs, these ‘truths’ become gay couples, single men and women, and groups posing romantically, glimpsed in moments of passion and emotion. Combining symbolism and realism – just like the paintings that inspired them – the images concentrate on the real people who occupy the space of each print and, in some instances, show what would be deemed criminal intent according to Section 377, but most will recognise as an act of love.

Richly coloured, textured and patterned backdrops highlight the sitters’ colourful costumes, and their occasional nudity, Gupta demonstrates his eye for detail. It is important to note that the women portrayed in The New Pre-Raphaelites were at the time living on the margins of society. Although technically free from accusations of committing the crime of sodomy, before 2018 they risked being hunted down and, in some cases, burnt alive by their families who would rather see them dead than face social ostracism.

Enjoy this exhibition with your general admission ticket which also includes Rossetti’s Portraits and ceramics by Angell & Claydon.

Before you visit please read our Museum Charter and Q&A at our coronavirus page.

Your entry ticket Includes all of our Special exhibitions, temporary displays in addition to our permanent collection. Valid all day for the date you book and not timed (you can enter any time during our normal opening hours). There are no timed entry tickets.

You can book in advance here, or you can also just purchase tickets on arrival at the Museum.
Last Admissions to the Museum is 4.30pm.

Once you have booked online you will receive a confirmation email. Please show this on your mobile or smart device on entry or print it off at home and show on entry.

We look forward to seeing you.